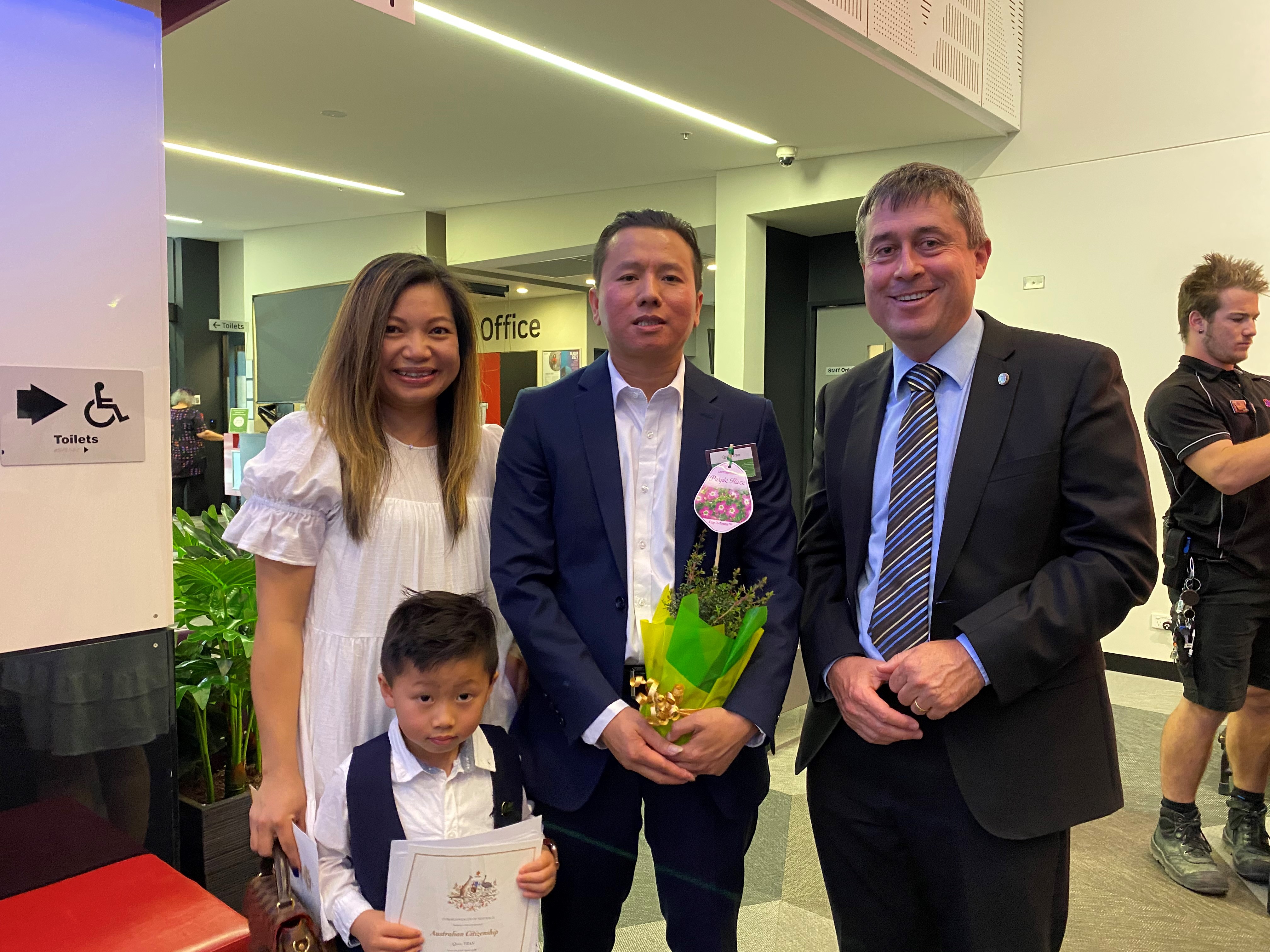 Mr Quilty was a guest at Wodonga Council’s citizenship ceremony on Tuesday and presented Australian native plants to new citizens from across the world as they received their certificates.

“Citizenship is so important, and it was an honour to be a part of these new Australians’ momentous day,” Mr Quilty said.

“Many of us take for granted being Australian, but for people who choose to live in Australia, gaining citizenship is an achievement they will remember forever.

“It is always a thrill to see our new Australians making this commitment and witness their enthusiasm for our country.”

Mr Quilty’s wife Olga, a Wodonga councillor who grew up in Moscow, also assisted with the presentation in a ceremony which comes 11 years after she became an Australian.