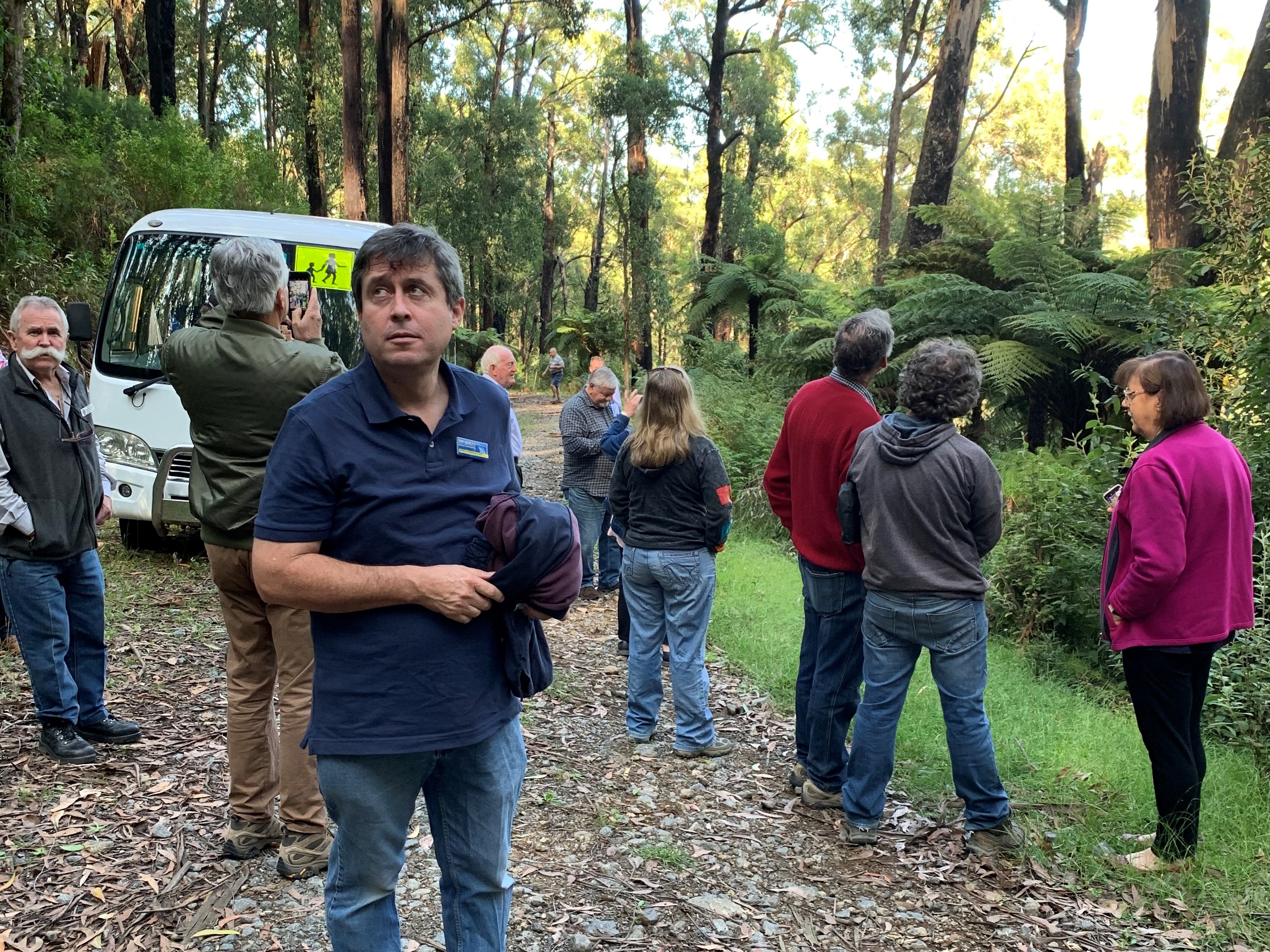 The Black Spur Road has a long history of accidents and it has been acknowledged by the Victorian Government as one of the most dangerous stretches of road in the state.

The group invited Mr Quilty to join a group being shown the Old Black Spur Road, which they are proposing as an alternative and complementary route.

“There’s no doubt that Black Spur Road presents a complex set of problems, in part because of the beauty of the terrain it passes through,” Mr Quilty said.

“It is quite rightly a popular road for tourists, but it also serves an important route for local drivers and heavy vehicles.

“Tourism is absolutely vital for the local economy and the Black Spur Road is an integral part of this. But when there is congestion on the road – which has a double unbroken line, prohibiting overtaking – it creates big disincentives for visitors.

“This congestion can be caused by cyclists, who have the right to be on the road but travel much slower than cars, heavy vehicles or caravans. Trees falling on the road also create hold-ups, sometimes for hours or days at a time.”

Ray Donkin, of the Black Spur Action Group, described a proposal for an alternative route.

“Black Spur Road is the lifeline of the tourism industry in the Murindindee Shire – without the Black Spur, without tourism, we’d have nothing,” he said.

“I would like to see Roads Minister Jaala Pulford get some figures together to see whether using the Old Black Spur Road is economically viable,” he said.

“This problem isn’t going to go away by itself. In fact, it’s only going to get worse, and it’s only a matter of time until we are seeing more losses of life on Black Spur Road.”