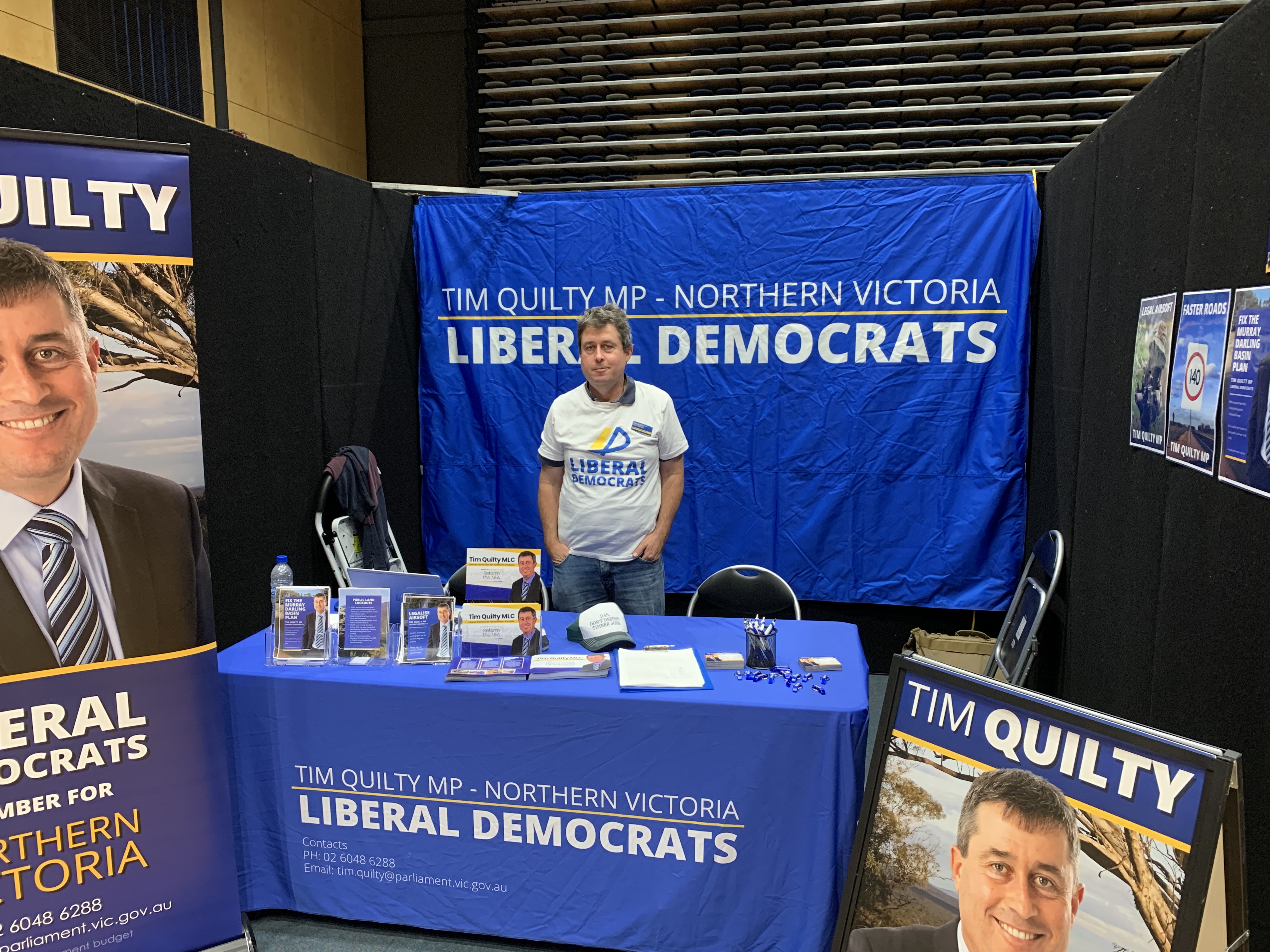 Member for Northern Victoria Tim Quilty has promised to use what he heard from attendants at the weekend’s Wild Deer and Duck Hunting Expo in Bendigo as an incentive to fight against what he calls the Andrews Government’s War on the Regions.

Tim Quilty, Liberal Democrats Member for Northern Victoria, has said that hunters are being unfairly persecuted thanks to the Andrews Government’s continuing war against rural ways of life.

Mr Quilty, speaking at the Wild Deer and Duck Hunting Expo in Bendigo over the weekend, said he is more determined than ever to be a voice for rural Victoria after hearing from hunters who shared their experiences with him.

“This current Government is an absolute disgrace – I used to be in a state of amazement at its ability to chip away at pastimes and traditions which have shaped Victoria, but sadly nothing surprises me any more regarding the Andrews Government’s War on the Regions,” Mr Quilty said.

“With every passing week I keep on seeing and hearing of new ways to grind down rural lifestyles in an attempt to appeal to inner-city Melburnians, who have no experiences or insights beyond the selective ‘facts’ they’ve read on social media.

“I had many hunters approach me at the expo to discuss the recent duck hunting season announcement, and many are angry at this year’s restrictions when, in many parts of the state which received flooding rains, duck numbers are well above average.”

Mr Quilty said hunters are, like many regional Australians, committed to the environment they live in and are responsible and careful.

“The Andrews Government treat us like irresponsible idiots who are out to cause harm and damage, and that is simply not the case,” Mr Quilty said.

““Duck hunters are conservationists who want to pass on their traditions to their children – sustainable hunting is essential to the economies and the traditional ways of life in regional Victoria.

“The irresponsible vandals are in the government, enacting knee-jerk changes to buy city votes, changes that ultimately make things worse for the environment and the people of the regions.

“This is simply not good enough and I am returning to Parliament more determined than ever to be a voice for regional Victoria.”