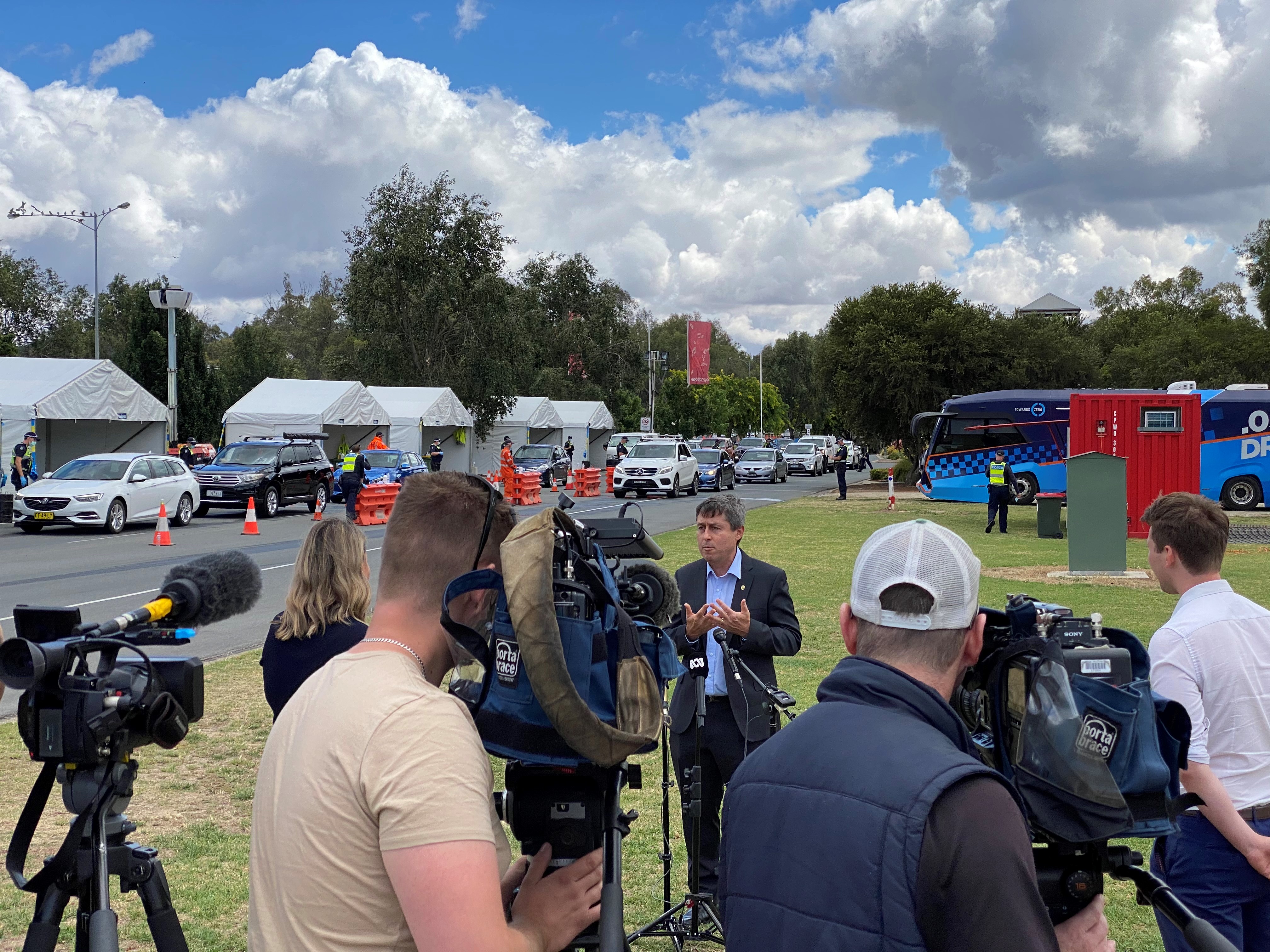 Member for Northern Victoria Tim Quilty says the closure of the Victorian border is yet more ‘COVID theatre’.

Liberal Democrats Member for Northern Victoria Tim Quilty says the closure of the Victorian border is yet another pointless exercise which achieves nothing except penalise regional Victorians.

Having battled through the NSW closure, border communities are now enduring more of the same on the opposite side of the road.

“It’s the same rubbish we saw from the NSW Government, the same lack of planning and the same lack of consideration for border communities, except this time it’s drivers heading south who are struggling,” Mr Quilty said.

“I would’ve thought the Victorian Government could apply lessons learned from the NSW closure, but all the indicators are that they either don’t know or don’t care about the problems they’ve created.

“Families are being kept apart just days out from Christmas, businesses are being hit and the traffic jams have been horrendous.”

Mr Quilty said the delay in closing the border gave plenty of time for infected travellers to get into Victoria, and demonstrates that it is purely for show.

“I was travelling back from NSW after the closure was announced but before it was implemented, and where I would normally expect to see just a few trucks on the Hume Highway heading south, this time I saw a heavy stream of NSW vehicles heading to Victoria before the closure,” Mr Quilty said.

“I’m glad people were given a narrow window of opportunity to get to family or friends in Victoria, but it does prove the focus was on appearing to do something, rather than actually achieving anything – it’s yet more COVID theatre for the big city public to pretend they are being protected.

“We know this closure is even more leaky than the last one – anyone intent on getting through either already has, or will, regardless of the hundreds of millions we will spend on the exercise. And almost certainly it will prove to be a costly over-reaction to a situation the NSW Government will bring under control – but it is an opportunity for Dan Andrews to have his revenge on the personal insults he received when NSW locked the Victorian border.

“The regional residents who are impacted again are just collateral damage.”

Mr Quilty said the timing could not have been worse.

“We were all getting ready for a Christmas break, families were looking forward to seeing each other after the lengthy NSW closure, but countless thousands of plans have been destroyed,” Mr Quilty said.

“I can only hope that border communities have an enjoyable Christmas period, despite the circumstances, and I pray that 2021 will offer better times.”