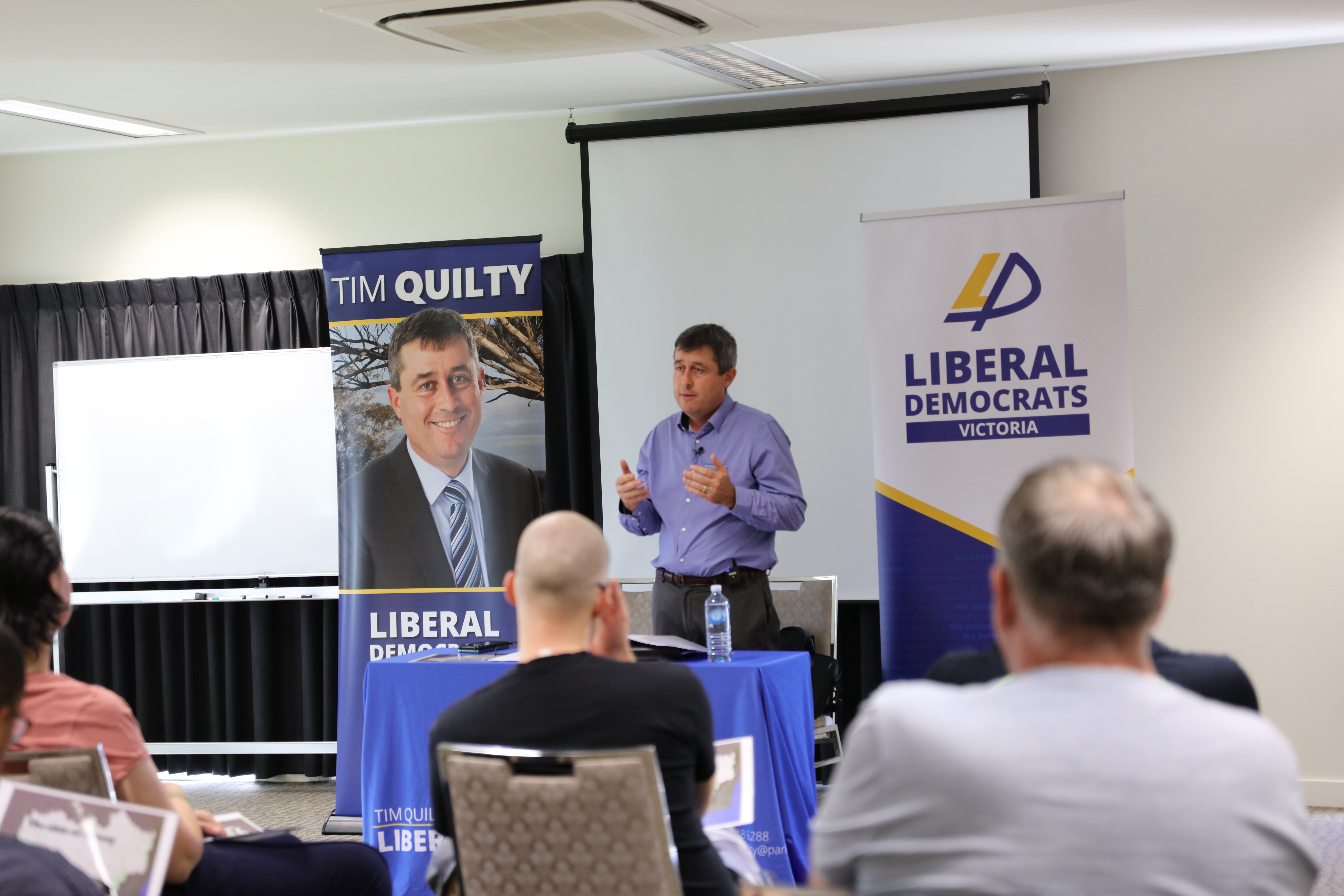 An enthusiastic crowd came to listen to Member for Northern Victoria Tim Quilty when he visited Mildura to describe his vision for a regional exit, or Rexit.

A passionate crowd greeted Liberal Democrats Member for Northern Victoria Tim Quilty on Thursday when he brought his Rexit roadshow to Mildura.

Mr Quilty was on the fourth day of his tour of western Victoria, which he had been spending discussing issues affecting communities such as water legislation and land access problems.

But Thursday evening was all about a regional exit, or Rexit, which Mr Quilty has grown increasingly committed to during his time as a Member of Parliament.

“I had initially suggested a Rexit, a breakaway state comprising regional Victoria and regional NSW, because I had grown tired of seeing how communities here always get mistreated by governments which are focused on winning votes in either Sydney or Melbourne,” Mr Quilty said.

“But my time in Parliament in Melbourne has made me realise that Rexit isn’t just a good idea, it is something which has to happen.

“I have seen week in, week out how constituents in the Northern Victoria electorate have been overlooked and treated appallingly, and this abuse is not confined to Victorians.

“Being a border MP, I have been exposed to the exact same stories of government neglect and disdain from NSW residents.”

This was Mr Quilty’s second Rexit meeting and Mildura residents firmly seized the opportunity to hear what the Wodonga-based MP had to say.

“The crowd were curious as to what Rexit consisted of, how it would work and, tellingly, how quickly it could take place,” Mr Quilty said.

“I knew that regional Victorians were increasingly disenchanted and angry with their state government; the enthusiasm and hope I saw in Mildura has demonstrated this is more than just a dream.

“I am finding that critics of my plan tend to be based in the very areas we want to separate from: the big cities. The problems of the regions may as well be on a different planet, as far as metropolitan residents are concerned.

“But the people who are being short-changed, the people who I am working so hard to fight for in Parliament, these are the supporters who see real benefit to self-determination.

“Visiting Mildura was an absolute pleasure and the people who came to see me have given me even more reasons to continue pushing for a new regional state.”