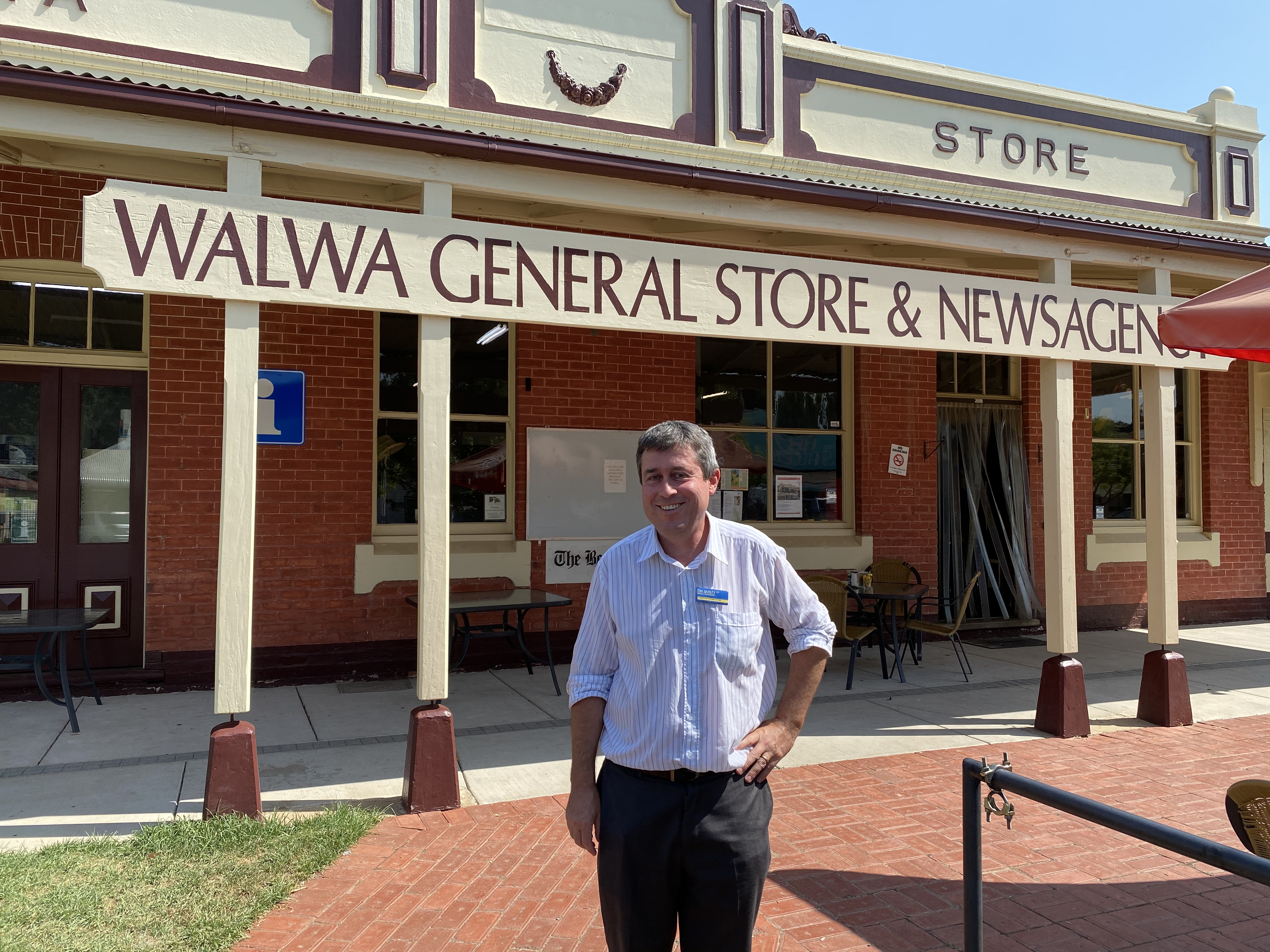 Tim Quilty, Member for Northern Victoria, visited Walwa to find out from residents and businesses what happened to them during and after the bushfires.

Tim Quilty, Liberal Democrats Member for Northern Victoria, has spoken in Parliament to recognise the suffering endured by so many Victorians during the recent and ongoing bushfires, and to call for the Victorian Government to do better.

Mr Quilty, who spent part of the Christmas period fighting fires on his parents’ farm, highlighted the uncertainty and isolation which many people endured.

“Loss of power, phones, mobiles, for weeks on end. The ever-present smoke, always the smoke, some days reducing visibility to a few metres,” Mr Quilty said.

“The isolation – not knowing what was going on anywhere but in your tiny, cut-off smoky corner. The bad days - with the wind shifts and walls of flame. At one point I thought we were going to get cooked.”

Not only did Mr Quilty speak of his own experiences facing an unpredictable fire, he also spoke of the emotions he learned of during visits to communities after the danger had passed.

“I met recently with people in Walwa in my electorate, about 75 kilometres east of Wodonga,” Mr Quilty said. “Today I am not just going to stand with them, as suggested in one of the clauses of this motion, I am going to deliver a message from them. They are angry.”

Mr Quilty described the problems with the government response.

“During the bushfires they were declared indefensible and effectively abandoned,” Mr Quilty told Parliament. “Police roadblocks prevented anyone who left from returning and phone lines and electricity were down for days - far too many days.

“Closing roads for weeks after the fires have passed - because you’ve forced us not to clear the dangerous trees along them before the fires.

Mr Quilty informed the House of a consistent theme to what he had been hearing.

“Regional Victorians should be empowered to keep this land cleared right now,” Mr Quilty said. “In fact, I would go so far as to encourage them to do whatever they need to do in the coming winter – mechanical thinning, cultural burning, clearing fire breaks – to keep themselves safe.

“On behalf of my family … the people of Walwa, Cudgewa, Corryong, my electorate of northern Victoria, and indeed all the country people of Australia, my message to this House is that your best wishes and your condolences are not enough.

“The most fundamental role of a government is to keep its citizens safe, so excuse us if we would rather have your help to protect our homes, than your empathy once they have burned down.”