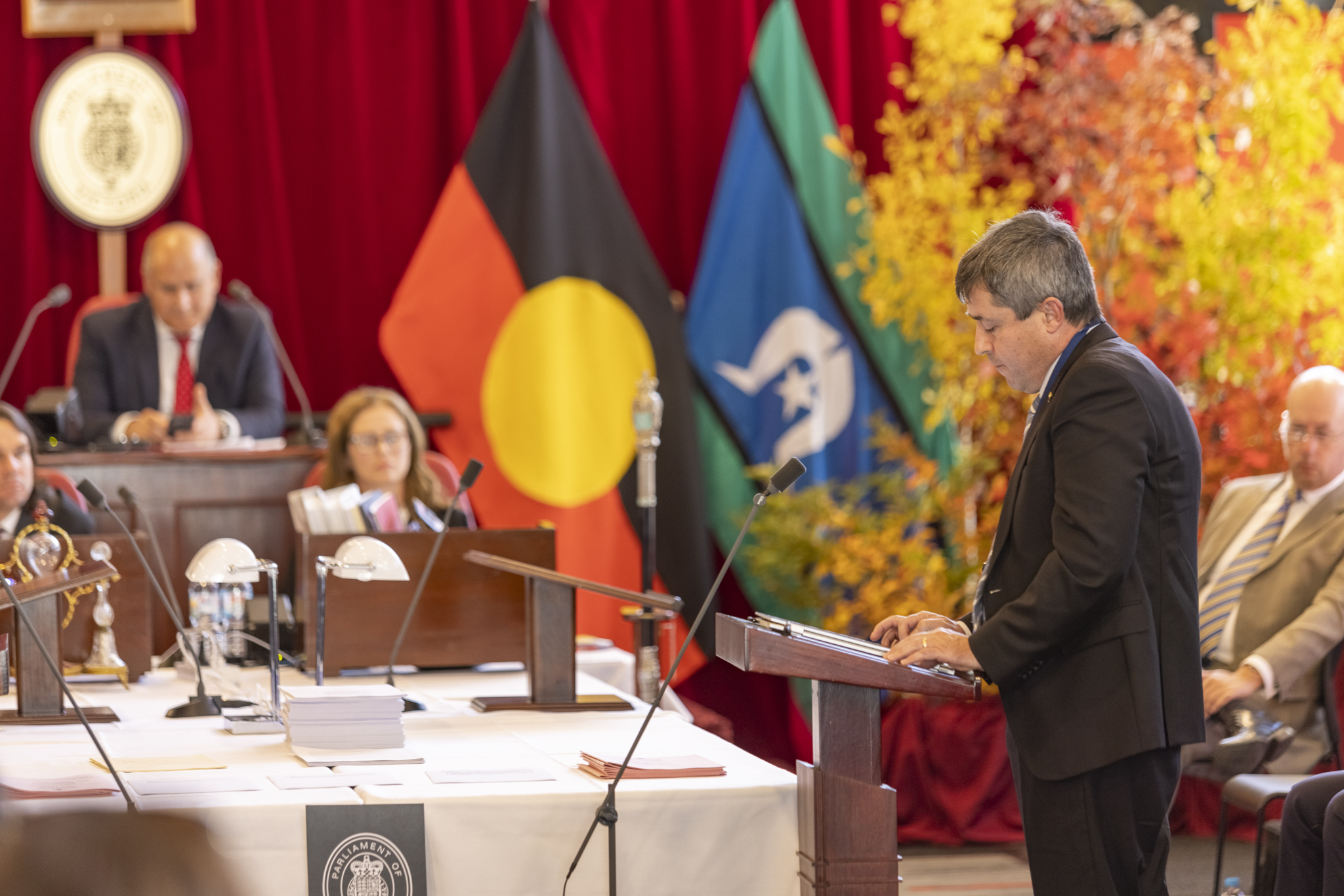 Liberal Democrats Member for Northern Victoria Tim Quilty has demanded the Victorian Government explain why the Mansfield community is being put at risk through lack of ambulance services.

Mr Quilty asked the Andrews Government why the town is so understaffed that paramedics have taken and risk and voiced their fears publicly.

“Remaining anonymous, for fear of losing their jobs, they have told … that Mansfield is left without an ambulance for long periods and, at weekends when the local population grows by more than 500 per cent, there is just one ambulance on duty,” Mr Quilty told Jaclyn Symes, the Leader of the Government in the Legislative Council.

“Given that Mansfield is responding to requests from all over the Hume region, including taking patients all the way to Wangaratta, will the Minister undertake a review of the woeful resourcing of ambulance services for Northern Victorian communities?”

Mr Quilty, speaking in a special sitting of the Legislative Council in Bright, told Parliament the workload is not only risking patients in the Mansfield community, it is also creating danger because the three paramedics are forced to work round the clock on a regular basis.

“If an ambulance gets caught up delivering a patient, there would still be coverage for Mansfield.”

Mr Quilty then told Parliament that ambulance coverage is a regular problem in his electorate.

“Ambulance services in Northern Victoria – and the failures and wait times - seem to be a constant source of material for me to question this government,” Mr Quilty told Ms Symes, who is one of five MPs who represent the Northern Victoria electorate.

“I am sure the Minister hates hearing from me as much as I hate raising the issue, but I assure you that I will stop as soon as these critical services are fixed and Northern Victoria has ambulance services they can rely on.

“I asked last December about ambulance response times in Indigo Shire, mentioning then that I had already raised this issue in March 2019 and February 2020.

“I haven’t asked about Alpine Shire yet, but I’m sure it will come up in time.”

Mr Quilty then referred to a case in Wodonga, outside his electorate office, where a patient is believed to have died.

“I understand that a man had a two-hour wait for an ambulance in the main street of Wodonga a few weeks ago right outside my office and I’m told he subsequently died,” Mr Quilty said.

“I have raised questions about Wodonga response times before as well.

“Why is the Minister happy to leave ambulance services in Northern Victoria under-resourced to the point where lives are repeatedly put at risk?”