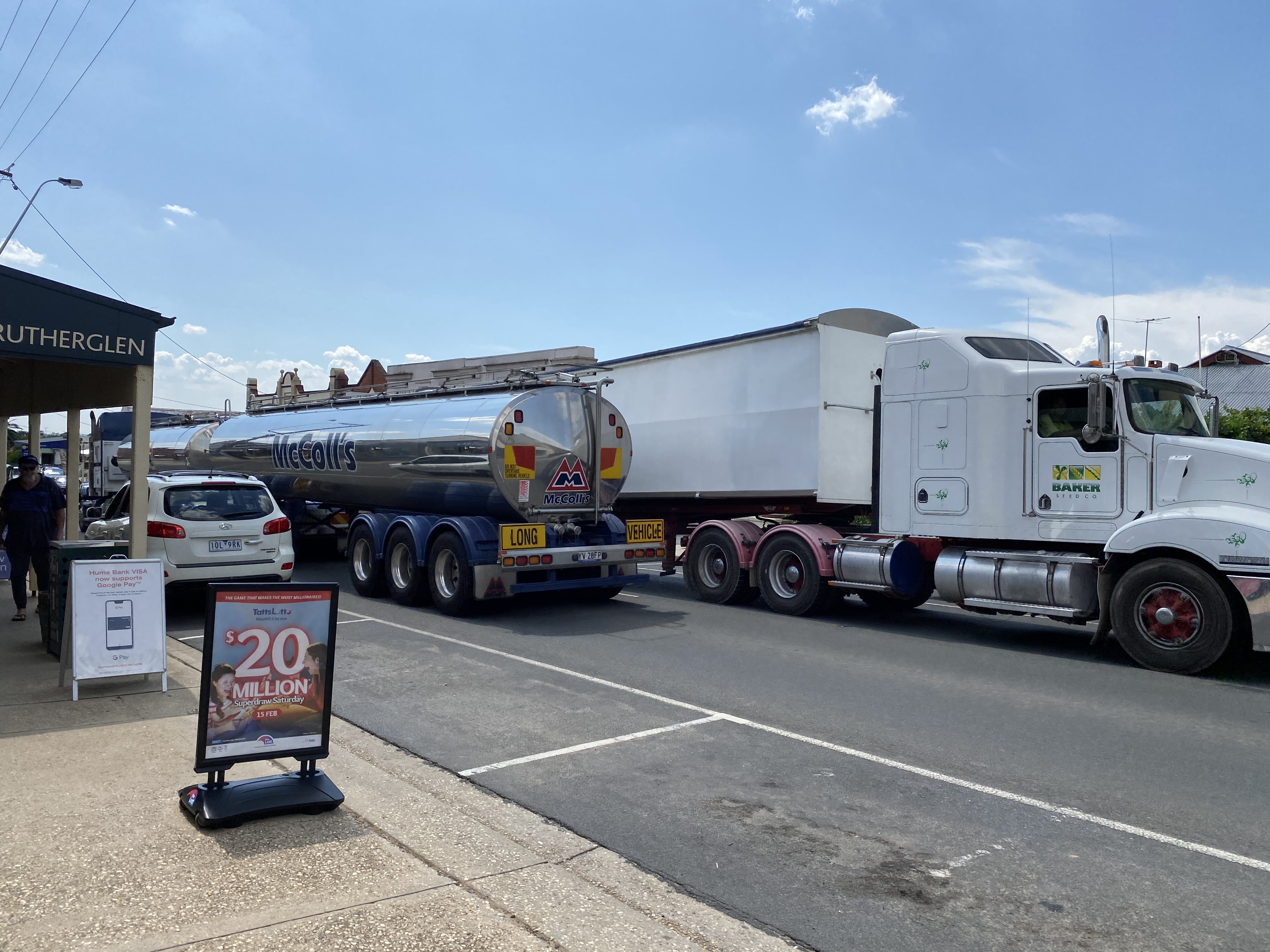 Tim Quilty, Member for Northern Victoria, has promised to keep pushing for a solution to trucks thundering through Rutherglen.

While there is no community consensus as to how to remove heavy trucks from Rutherglen’s main street, the town is united in its opposition to Regional Roads Victoria’s proposal.

The State Government roads department has proposed diverting trucks along a quiet residential road, Scott Street, but Mr Quilty has labelled this a “terrible solution” and has promised to ensure Minister Pulford honours her commitment.

“At the end of November last year I asked Minister Pulford in Parliament whether she was prepared to listen to the Rutherglen community rather than let RRV push through with a terrible solution which nobody wants,” Mr Quilty said.

“RRV had done some consultation on where trucks should go to avoid the town centre, but this Scott Street route was never proposed to residents and I have come to believe that this was a deliberate ploy which the roads bureaucrats knew would be rejected.

“It has created a stalemate, which means RRV doesn’t have to do anything.”

Minister Pulford has written to Mr Quilty in response to his Parliamentary question and confirmed that she has asked RRV to carry out more investigations.

“The Minister has told me that, although her Government has been talking to the community since 2018, she has asked RRV to start more consultation, including the consideration of other routes such as Up River Road and an upgraded Main Street,” Mr Quilty said.

“There’s a long way to go before we get a solution, but I’m mildly hopeful regarding Minister Pulford’s response. She’s decided that this issue isn’t ready for the too-hard basket just yet - and I will make sure it stays that way.

“If any members of the community wish to share their views with me by emailing [email protected] or calling my office on 02 6048 6288, I’ll be more than happy to forward their views to the Minister.”