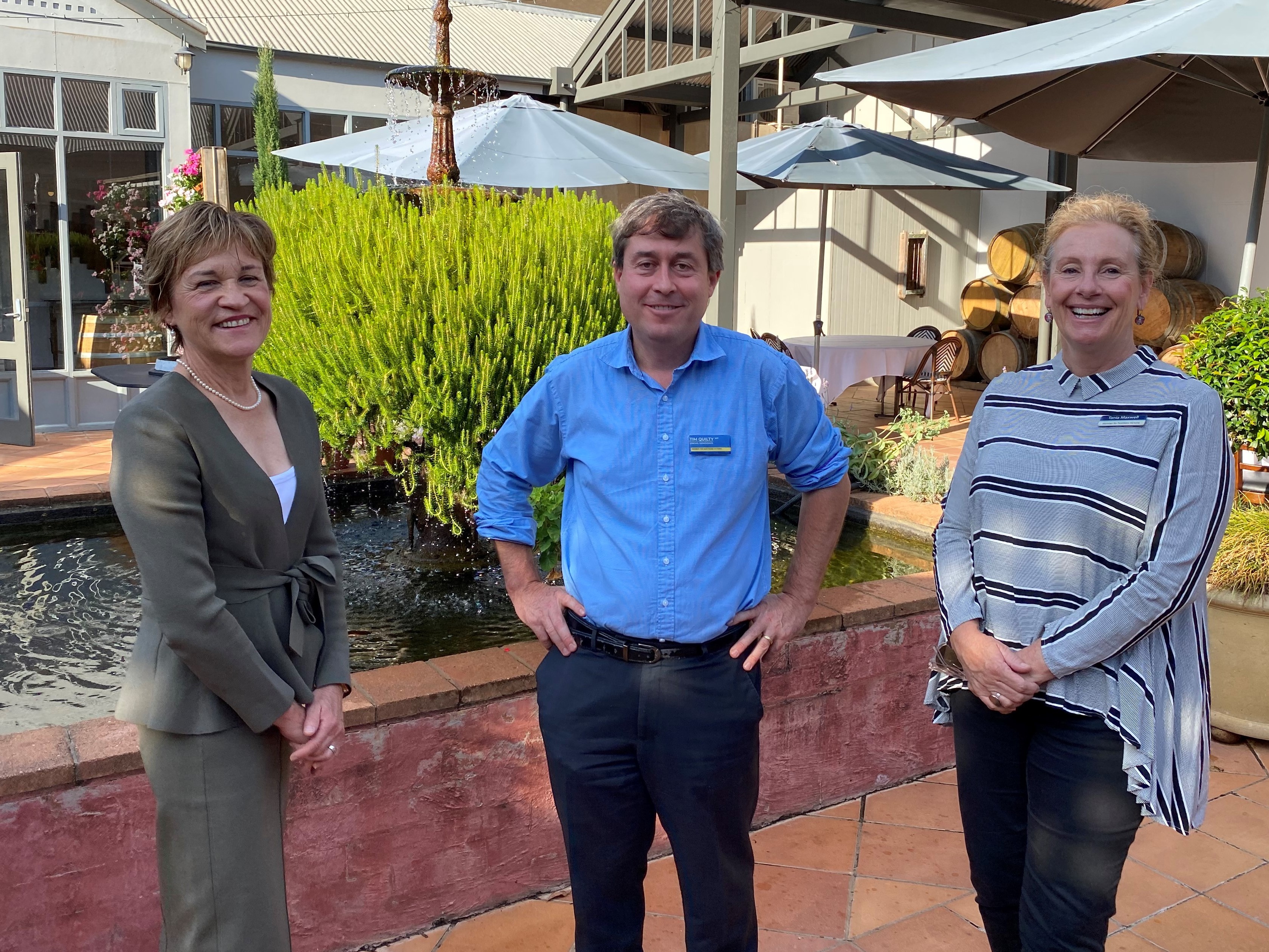 Mr Quilty hosted the meeting with Victorian Upper House colleague Tania Maxwell and NSW MP Helen Dalton, who represents the Murray electorate on the other side of the river from Mr Quilty.

“The conference had water as its focus, but I hosted the meeting to discuss all issues which affect our electorates - as MPs it is up to us to shout as loudly as we can to defend our electorates, so it makes sense to use a co-ordinated approach,” Mr Quilty said.

“Ms Maxwell sits on the crossbench with me and we do not have to toe any party line – we can call it how we see it.

“Ms Dalton has forged herself a reputation in Macquarie Street as a thorn in the NSW Government’s side because she is pushing as hard as she can for transparency in water trading and will not take no for an answer.

“We talked about the impact of the Murray Darling Basin Plan on our electorates but we also found much common ground which we can use to amplify our own voices.”

As MPs on or near borders, all three believe regional Australians should not be suffering from COVID-19 lockdowns and border closures.

“All of us had exactly the same experiences, stories and opinions to share and we all agreed that governments in Melbourne and Sydney have no idea how regional communities work,” Mr Quilty said.

“The border closures have affected our constituents enormously and we had all signed Ms Dalton’s letter to the Prime Minister urging him to create a consistent framework governing closures.

“Locking down a whole state when just a handful of people in a capital city are infected is a ridiculous thing to do, and demonstrates how little regional Australians are thought of by their metro-centric governments.”

Mr Quilty said it is this lack of concern from state premiers which makes a regional exit - a new state comprised of Northern Victoria and Southern NSW - inevitable.

“The more we get punished through lockdowns, the more we get ignored by our governments, the greater the feeling of disillusionment will spread across regional Victoria and NSW,” Mr Quilty said.

“Rexit, my plan for a regional exit, would ensure country voices are heard by a regional parliament which acts in their interests – no longer would state policy be determined by city voter preferences.”