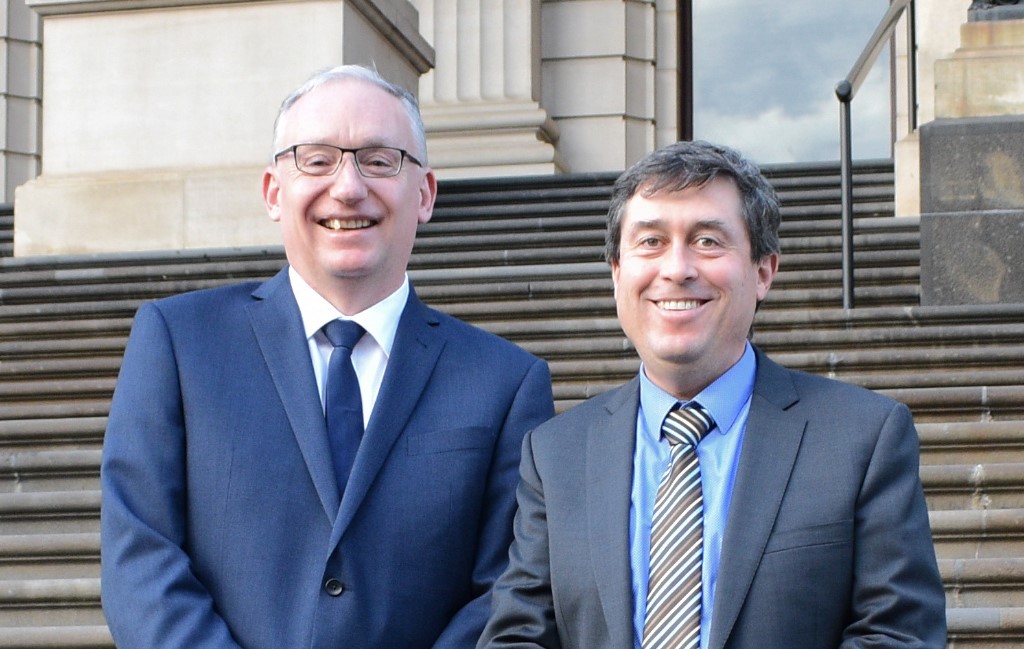 Liberal Democrats Member for Northern Victoria Tim Quilty (right) has congratulated party colleague David Limbrick, Member for the South Eastern Metropolitan electorate, on his appointment to the powerful Public Accounts and Economics Committee, a joint investigatory committee which will oversee the actions of the Victorian Government.

Liberal Democrats Member for Northern Victoria Tim Quilty says the appointment of party colleague David Limbrick to a government accountability committee will bring much-needed balance to what was previously a government dominated process.

Mr Quilty sits in the Legislative Council with Mr Limbrick, Member for the South Eastern Metropolitan electorate, and both are members of the same political party.

Mr Limbrick was this week appointed to the Public Accounts and Economics Committee, a joint investigatory committee which will oversee the actions of the Victorian Government.

“I am pleased to see David elected to the most powerful committee in Parliament because his appointment means the PAEC will now consist of equal numbers of government and non-government members,” Mr Quilty said.

“This goes a long way towards ensuring that the Andrews Government is not given free rein to overreach and impose ridiculous restrictions on law-abiding Victorians who just want to go about their lives while respecting the rules of self-isolation.

“However, I am concerned that the PAEC chair gets the casting vote, which means Lizzie Blandthorn, Labor Member for Pascoe Vale, will ensure that in a deadlock it will be the Government that wins.

“This committee is capable of providing vital scrutiny and I hope David will make that happen, but I am concerned that the Government has still stacked the deck against his and other dissenting voices.”

Mr Limbrick said he will work hard to ensure the Andrews Government justifies its policy decisions.

“We are successfully flattening the curve, but I am concerned the Victorian Government might not be taking into account the true social and economic costs of its actions,” Mr Limbrick said.

“I want the Government to take a moment to consider things we don’t measure, such as what it’s like for single mothers and people with disabilities, or children who are missing out on socialisation.

“It’s an easy policy position to lock everyone up and sit back and watch the curve go down. My goal will be to get the Government to justify both the social and economic costs of its actions. We now need the Government to find a more nuanced motivation: an appreciation of life and an acceptance that we cannot fully enjoy it without accepting some risk.”