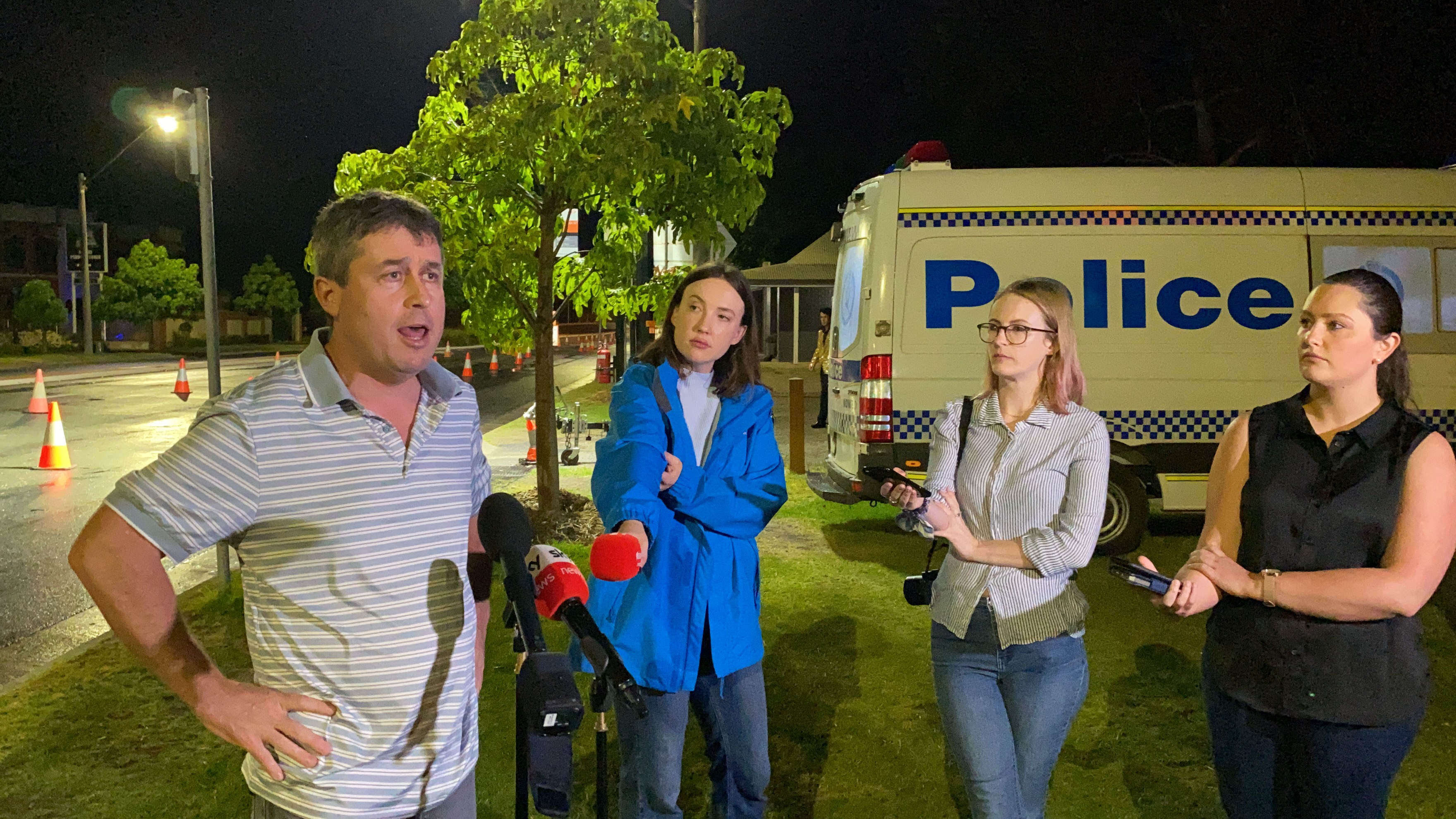 Tim Quilty, Member for Northern Victoria, speaks to the media after the NSW border opened at 12.01am, when dozens of vehicles queued up waiting to be able to pass through without being stopped.

Liberal Democrats Member for Northern Victoria Tim Quilty was back in his office at 9.10am today, buoyed by the reopening of the NSW border.

Last night during the countdown till 12:01, Mr Quilty’s was one of dozens of vehicles which had waited patiently to be allowed through without requiring permits or being challenged by police or military.

Despite a wet night, there was a celebratory atmosphere which Mr Quilty said was reminiscent of other historic events.

“There were probably 50 or more cars in the queue on Lincoln Causeway, I saw at least 20 parked along the side of the freeway on the way as well – there was a lot of pent-up demand to cross,” Mr Quilty said.

“Unlike us, most of these people were off to do something in NSW which they had been waiting months to do: visit family and friends; I spoke to one driver who was off on a camping trip.

“It was a historic moment which, although not quite up there with the fall of the Berlin Wall, was certainly on that spectrum.”

Mr Quilty said the border reopening was an important step in recovery from the challenges of COVID-19.

“A lot of people are pleased to see this border come down and have the country come back together again,” Mr Quilty said.

“It’s taken far too long – we never really needed it and the whole thing was a waste of time and money.

“Regional Victoria never had the disease and our community didn’t need to be divided like this, but it’s all over and done with now so let’s get back together - and make sure it doesn’t happen again.”

Mr Quilty said the opening of the border will be a huge relief to border communities as well as the wider regions.

“Even in the last few weeks where traffic has been moving slowly but freely, it’s still a massive disruption,” Mr Quilty said.

“People have been sitting in queues for 40 minutes or an hour each day sometimes and border residents might have to cross several times a day.

“The reopening is like a huge weight’s been lifted – it’s excellent, it’s bloody good.”

Mr Quilty spoke on the morning of Victoria’s first day of not requiring masks in outdoor areas.

“It’s a double celebration today, we can finally get rid of these bloody masks which we’ve all been forced to wear,” Mr Quilty said.

“Like the border reopening, this has been a very long time coming and yet another unnecessary rule dished out by city politicians who have no idea how life is in the regions.

“I’m pleased about the timing of this change, because we are now heading towards some very warm weather which makes wearing a mask outside unbearable. Try it at 45 degrees and tell me we need to keep doing it.

“I’d like to see compulsory masks abolished for indoor use as well but at least many venues have air conditioning – I’m hopeful this change today is the start of a return to normality.

“I realise that we are not completely out of the woods yet, but the justification for compulsory masks in regional Victoria has always been dubious – just city rules applied to the whole state.

“Regional Victorians have conducted themselves impeccably despite the countless problems the two State Governments have been throwing at us.

“I think it’s well past time we were treated like adults rather than children, and finally got our freedoms back.”