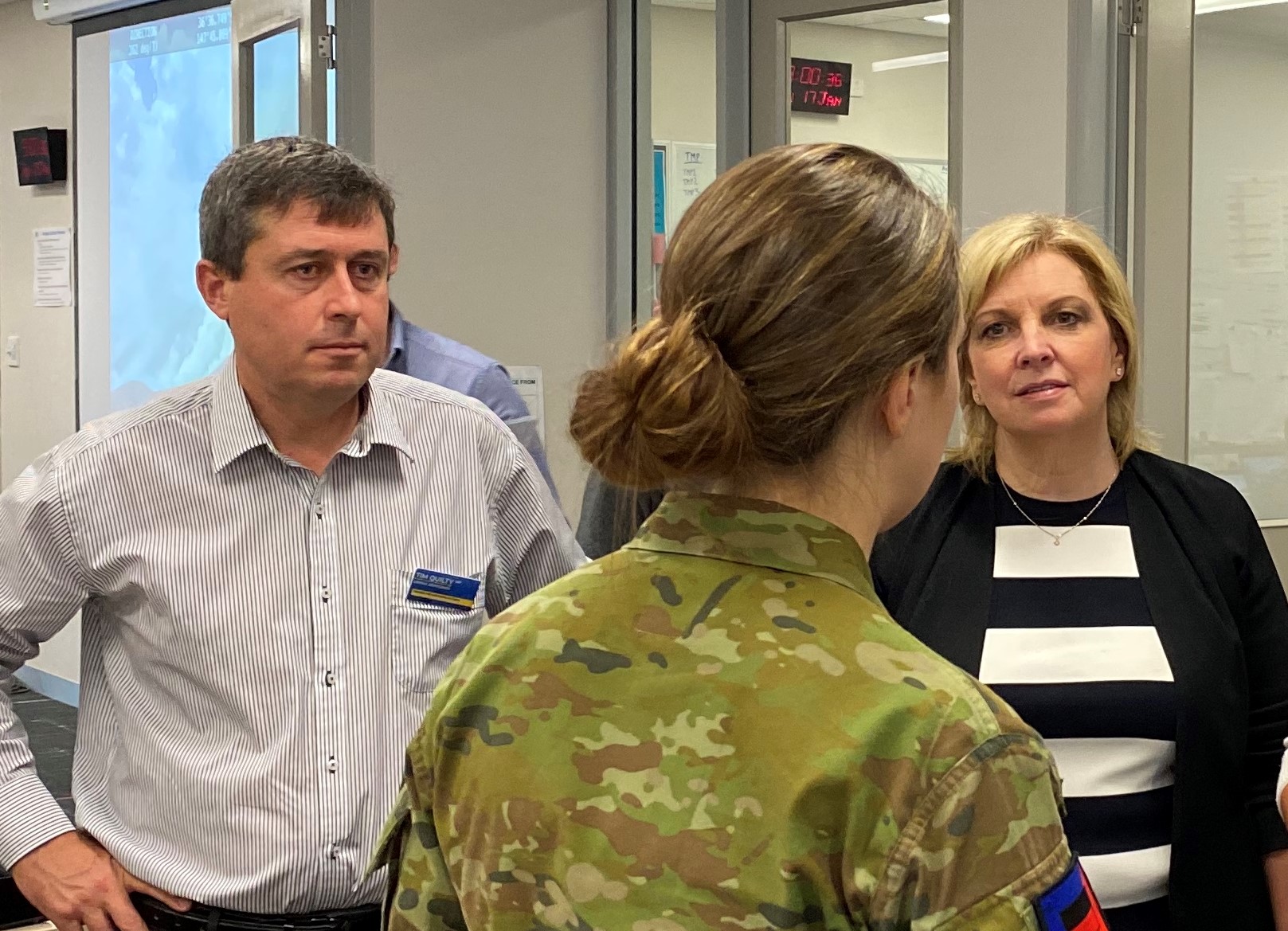 Tim Quilty, Member for Northern Victoria, has backed colleague Wendy Lovell MP in her fight with the Andrews Government to release information about the risks associated with the creation of the 2700-student Greater Shepparton College. Mr Quilty and Ms Lovell are pictured at the Wodonga Incident Control Centre earlier this month.

Ms Lovell, who also represents Northern Victoria alongside Mr Quilty, has become embroiled in a fight to release information about the risks associated with the creation of Greater Shepparton College.

“I fully back Ms Lovell during this ridiculous attempt by Premier Daniel Andrews to hide the truth,” Mr Quilty said.

“Mr Andrews wants to merge four perfectly good schools and create a monstrous 2700-student campus, the largest in Victoria, and Ms Lovell is quite rightly seeking information about the risks inherent in this plan.

“She is acting in the best interests of her constituents, but it is obvious that this Labor Government is not so much interested in Shepparton’s residents as it is in ticking boxes.”

Ms Lovell said the Government denied a Freedom of Information request, but the independent Victorian Information Commissioner overruled the government and ordered the release of eight pages of identified risks.

“What is the Andrews Government trying to hide?” Ms Lovell said.

“Taking me to VCAT is an extraordinary and desperate step to prevent the risk management plan from being released to the public.”

Mr Quilty said the Government has demonstrated an alarming determination to hide the truth when families in Shepparton have a right to know as much as possible about this controversial and unpopular decision.

“It would seem clear that a ruling from the Commissioner would be the end of the debate,” Mr Quilty said.

“Taking Ms Lovell to VCAT is a sign of how desperate the Government is to hide the truth.

“This is an absolute waste of public money and, more worryingly, clearly demonstrates that this Labor Government is not at all interested in transparency or accountability.”