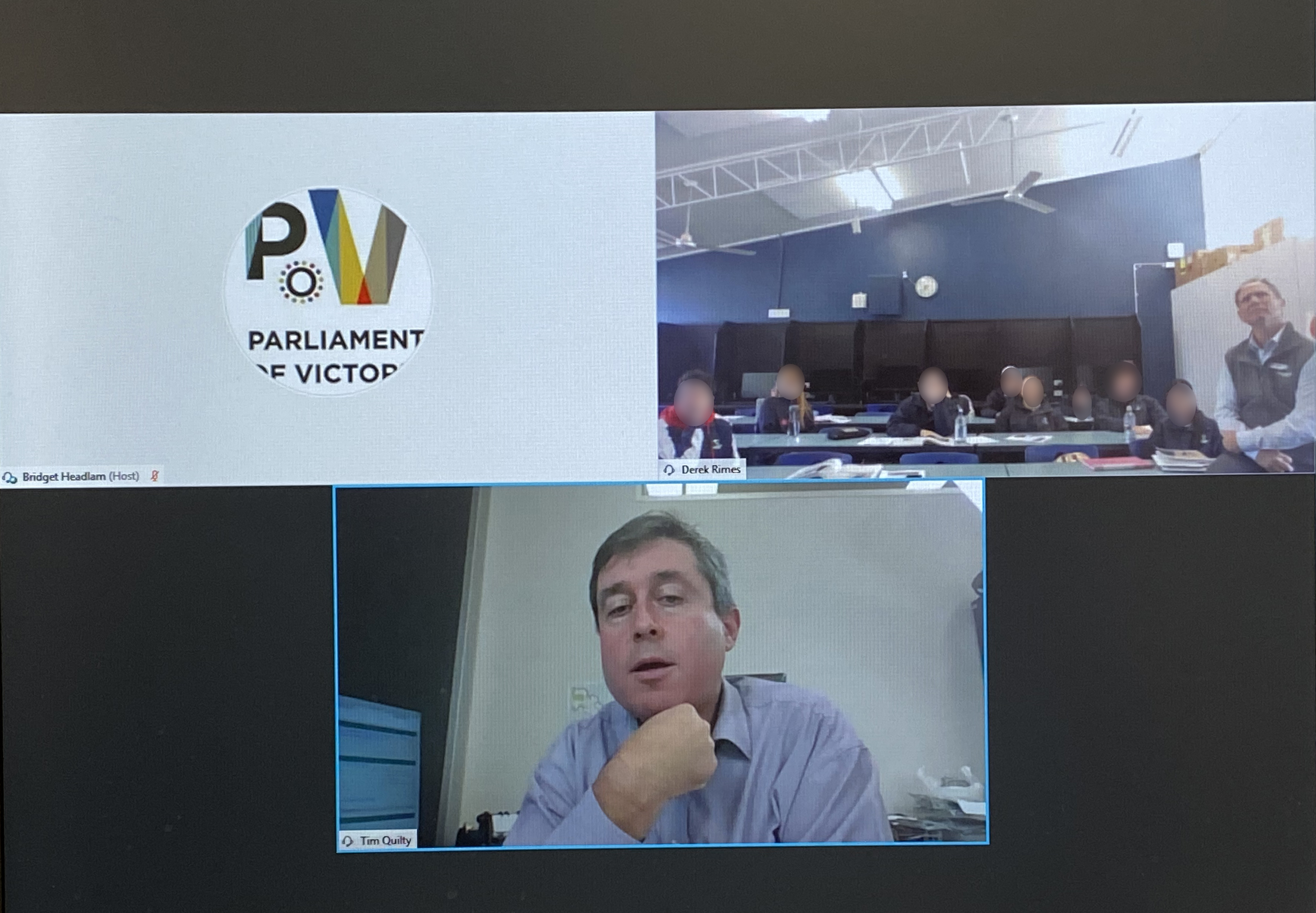 Member for Northern Victoria Tim Quilty joined Year 11 Legal Studies students from Seymour College as part of an online education project organised by the Parliament of Victoria. The students asked questions about lockdown, the effectiveness of the parliamentary system and the ban on mobile phones in schools.

The students quizzed Mr Quilty on an array of topics, ranging from lockdown to drug law reform.

“This was a highly valuable and enjoyable session with the Seymour College students and I was impressed by their informed and engaged questions,” Mr Quilty said.

“They asked a few questions about my background and my interest in politics, then they ramped things up to ask me whether I agreed with lockdown, whether the closure of the Queensland border was unconstitutional and what my views were on drug law reform.

“They also sought my views on the ban on mobile phones in schools and on public land access.”

Mr Quilty said the students were polite but direct, which he believes is a reflection of their interest in the topic as well as the quality of the school.

“They were all well informed and were asking questions out of a genuine fascination,” Mr Quilty said.

“I’d like to thank Assistant Principal Derek Rimes for helping arrange the virtual meeting and for leading such a constructive and enjoyable study session.”

Mr Rimes said the students enjoyed their opportunity to put a politician on the spot.

“Students were particularly interested in the implications of current COVID-19 restrictions for them in terms of local sports and activities,” Mr Rimes said

“They also asked Tim about constitutional issues and the division of powers, the effectiveness of the bicameral system, rights protections and foreign trade.

“The students said they found the discussions very interesting and worthwhile and very much liked the idea of fewer rules!”

The Q&A project was trialled by Lower House Speaker Colin Brooks last month, with Mr Quilty the first MP to take part in the rollout.