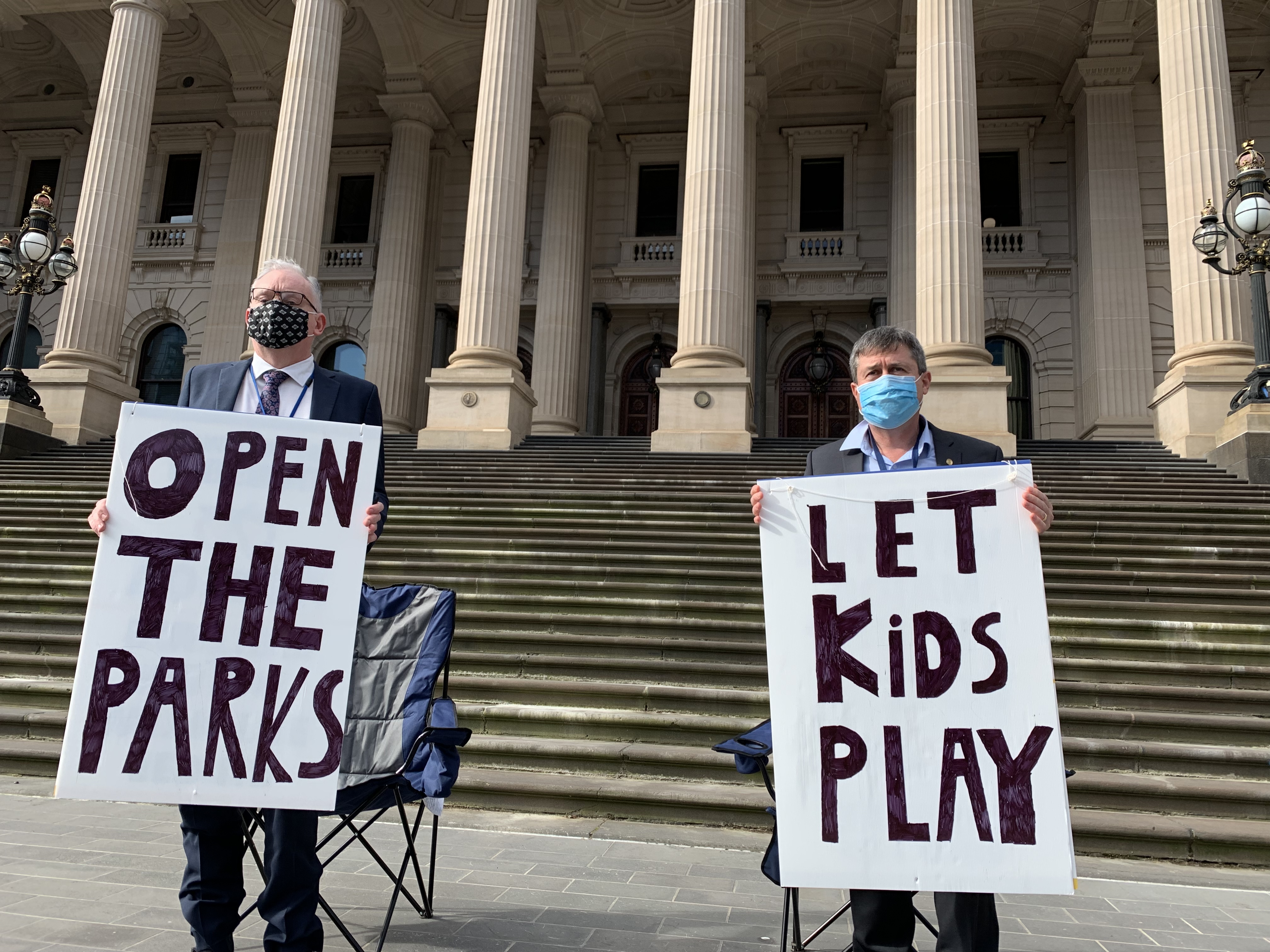 Frustrated and angry over the closing down of Parliament, Liberal Democrats Member for Northern Victoria Tim Quilty has taken to protesting on the steps of the building where he was supposed to be questioning the Victorian Government.

The two MPs are angry over the closure of playgrounds and parks during Melbourne’s ongoing lockdown.

“It is utterly disgusting that children are now the targets of this government’s iron grip on Victoria,” Mr Quilty said.

“David and I were supposed to be inside Parliament right now, putting questions to the Government about how it is trampling the freedoms of children who, right now, are cooped up inside all day with nowhere to vent their excess energy.

“David and I are both dads, we know what it’s like to have a young child stuck indoors all day, so this protest was the only way we can think of to keep fighting for Victorians.”

Mr Quilty said he was disappointed to see his fellow MPs vote in support of the cancellation of Parliament.

“While David and I are determined to represent the people of Victoria, some other MPs seem content to support the Labor Government in shutting down scrutiny, for whatever reason,” Mr Quilty said.

“We are Liberal Democrats, we believe in democracy, and we will not compromise our beliefs. We were elected to hold the Government to account.

“We believe that, as Members of Parliament, we are not breaking any rules - on the grounds of Parliament we are exempt from the restrictions under Parliamentary privilege.

“We are taking the appropriate precautions and behaving with respect for the somewhat questionable laws surrounding COVID restrictions.

“However, we believe any risk of arrest is more than outweighed by the need to call the Government on the contemptible way it is treating its citizens.”