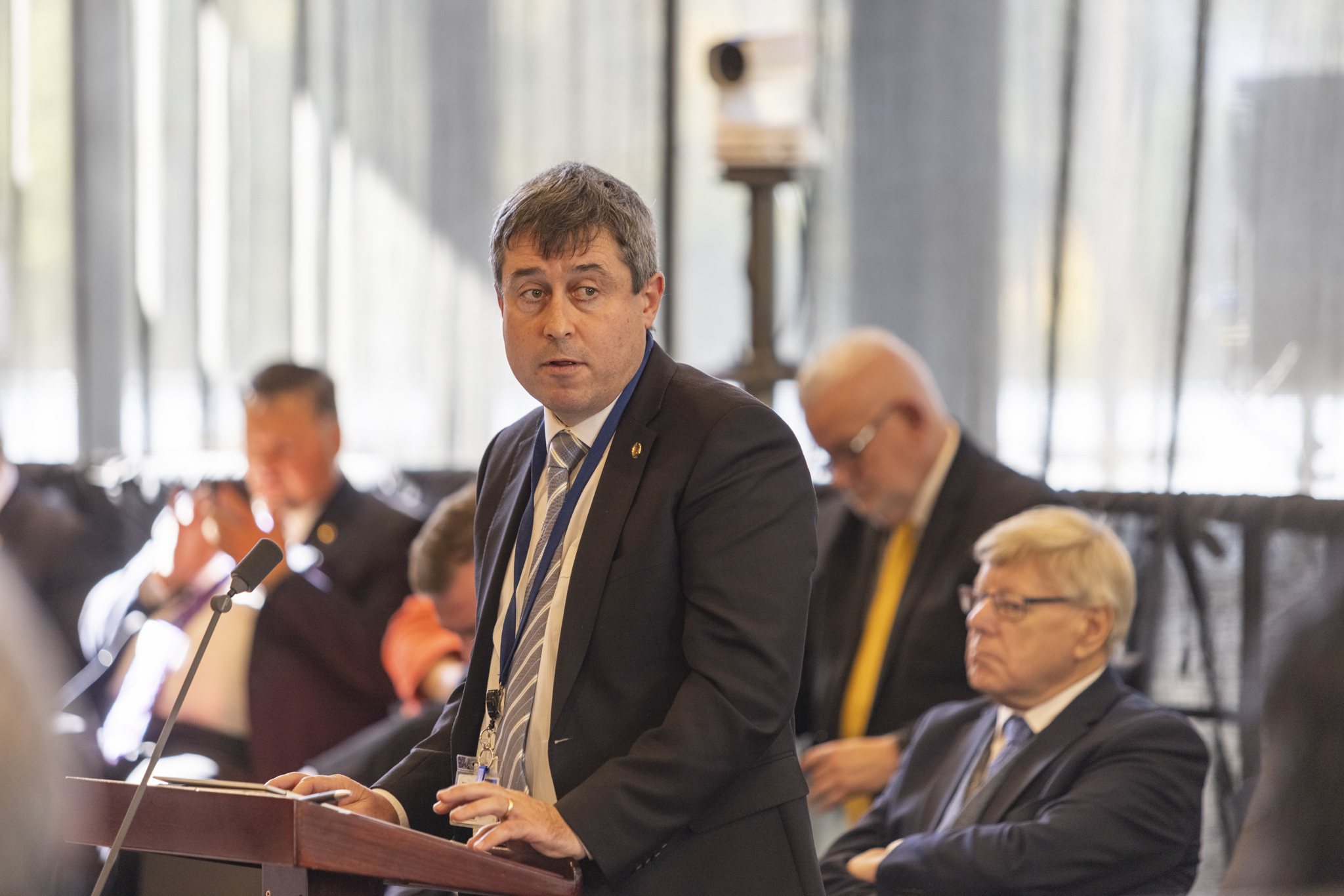 Liberal Democrats Member for Northern Victoria Tim Quilty speaks at the special sitting of the Legislative Council in Bright, which he says was a nice day out but not likely to be the start of a change in the Victorian Government's treatment of the regions. Picture: Jean-Pierre Ronco/Parliament of Victoria

Liberal Democrats Member for Northern Victoria Tim Quilty has challenged the Victorian Government to commit to the regions following a special sitting in the Victorian Alps.

Mr Quilty welcomed the opportunity to show the area off to his colleagues, but said he would like to see it mark the start of a stronger relationship between regional Victoria and the state government.

“It’s a wonderful location to be in, it’s beautiful up here, so it’s great for my Legislative Council colleagues to get up here and see it - some no doubt for the first time,” Mr Quilty said.

“This is a valuable opportunity for the Legislative Council to see how we live and work in Northern Victoria, but they’re not really getting much of a look at life in the regions.

“I’m not opposed to regional sittings, I think it’s good for politicians to get out here and see it but, at the end of the day, they’re not going to change anything.

Mr Quilty said the sitting was a healthy boost to an area which has endured the double blow of bushfires and the COVID-19 pandemic.

“Claire Lock’s speech was an eloquent account of how her community suffered the trauma of the fires and how the recovery process has been taking place, and I admire the confidence with which she spoke to a room full of total strangers,” Mr Quilty said.

“Cr Forsyth gave an account of how political decisions have hamstrung this shire, which relies on tourism and freedom of movement, and he is rightly proud of the community he represents.

“I’m delighted to see how Bright seems to be returning to normality - the descending of a swarm of politicians and support staff will have brought a welcome economic boost to accommodation and dining venues here.”

Mr Quilty said that although the sitting was a nice day out, the best solution is for the regional parts of the state to separate entirely from the shackles of a Melbourne-centric government.

“The real solution the people of Bright, Northern Victoria and all regional Victorian and regional New South Wales communities need is Rexit, an amicable separation from Melbourne and Sydney, creating our own state where we make our own decisions.”