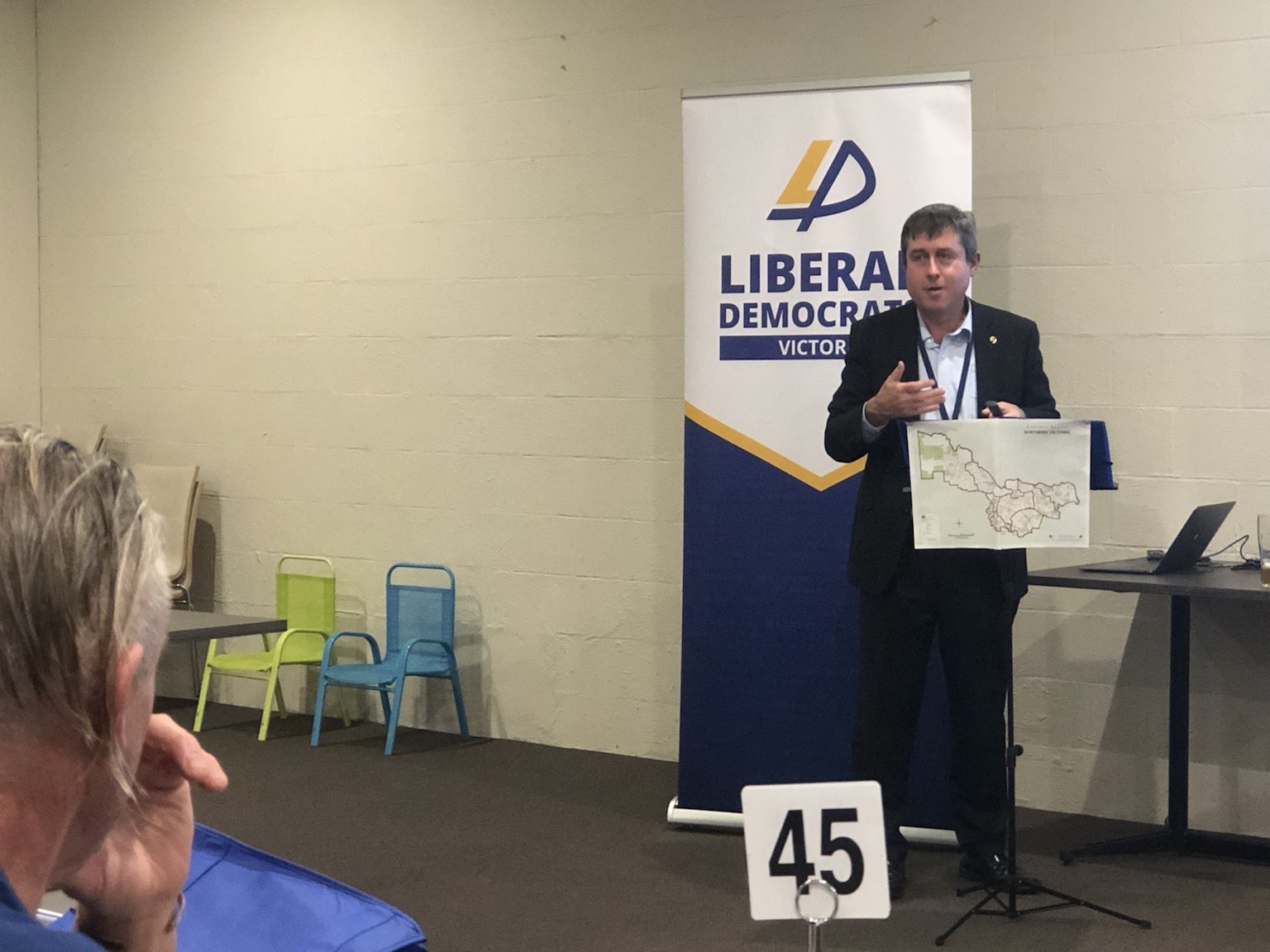 Member for Northern Victoria Tim Quilty explains how a new state would give an opportunity for greater freedoms through a bill of rights.

Mr Quilty was in Bright for the latest in his series of Rexit roadshows, part of his campaign to create a new state comprising regional Victoria and regional NSW.

The Wodonga-based MP believes the time is right to break free from the rule of big city politicians and to live in a state run by those who live in the regions.

“It’s been a long-standing problem in regional communities which everybody who lives here knows all too well: politicians in Melbourne don’t care what happens to us,” Mr Quilty said.

“It’s a problem which spreads north of the Murray: regional Victorians and New South Wales residents have so much more in common than they do with either Melbourne or Sydney.

“My Rexit roadshows are designed to show how we would all live more equitable lives if we ditched the metro bureaucrats and did things for ourselves.”

Members of the audience were keen to hear more about personal freedoms, a subject close to the libertarian politician’s heart.

“The COVID crisis has clearly demonstrated the Victorian Government’s desire to use force against its citizens and, although we do have the Victorian Charter of Human Rights and Responsibilities, we found out how toothless it really is,” Mr Quilty said.

“The charter is supposed to give us the right to freedom of movement and the right to peaceful assembly, neither of which were apparent when Victoria Police were seen putting the boot in over the past 15 months while enforcing coronavirus restrictions.

“A new state means writing a new constitution, and we would take the opportunity to include a bill of rights – I want to live in a state where the rights of citizens are respected, not ignored.”

“With value adding manufacturing that figure could be much higher, but the regional economy is just not a priority to the Melbourne government.

“This wealth is created here, in the regions, but it gets taxed into Melbourne and is used to buy votes and create jobs there,” Mr Quilty said.

“We create the wealth but it is spent in the city – how many times have we seen stories of hamstrung rural health services, poorly maintained roads, schools closing down?

“$100 billion for rail projects in and around Melbourne, and they can’t even keep the trains running out here.

“Things get worse here, people migrate to the cities looking for work and the regional spiral of decline intensifies.

“The creation of a state whose focus is entirely on regional communities will be a chance to reset the balance.”