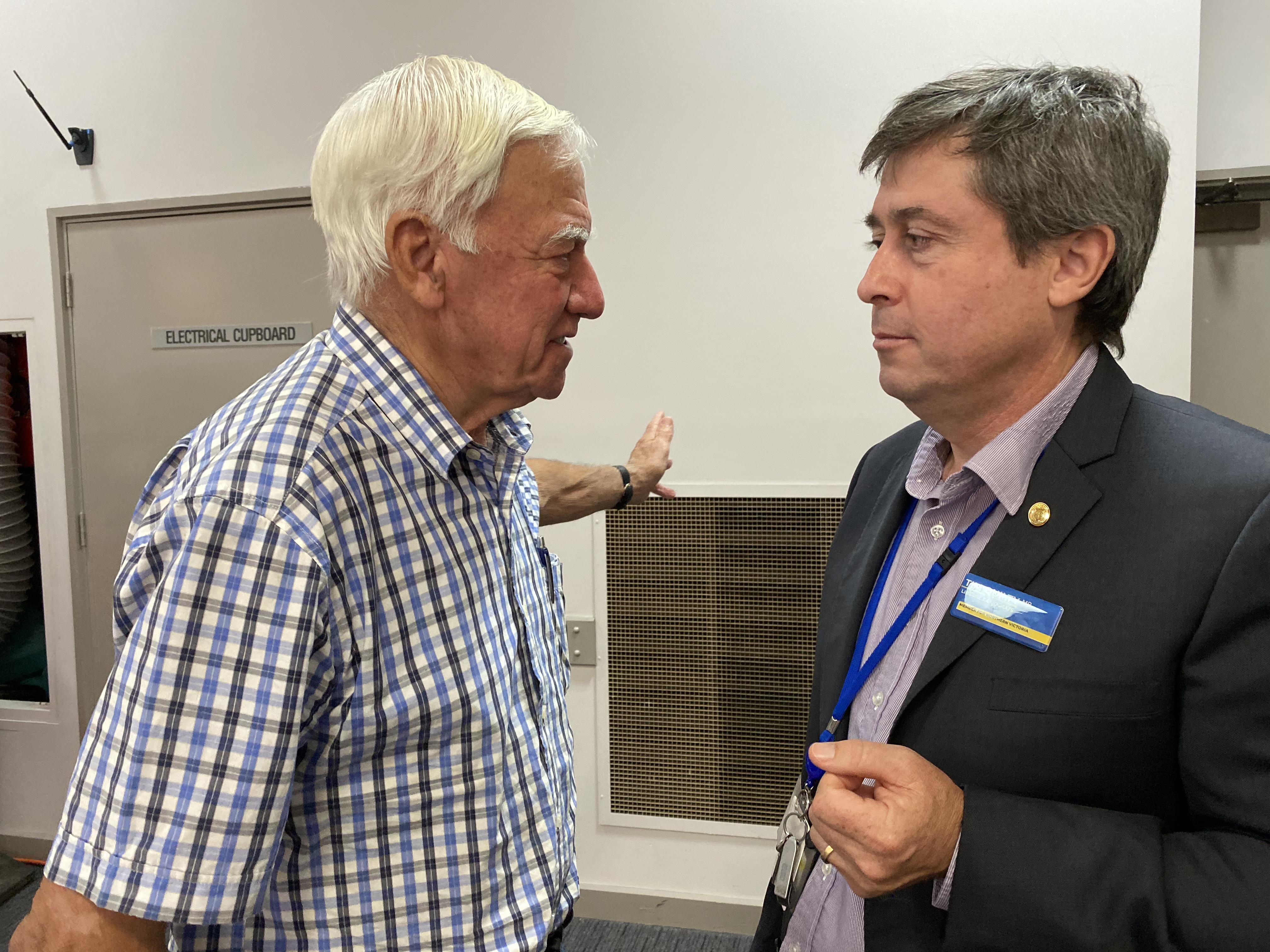 Tim Quilty, Liberal Democrats Member for Northern Victoria, says the Murray-Darling Basin Plan is based on flawed science and holds little hope that an inquiry will have the influence to fix it.

While Mr Quilty was pleased to see the work Mr Keelty is doing, he fears it will bear no fruit.

“It was good to hear from Mick, I think he’s our last hope, but obviously there were no solutions there: we just talked about the problems,” Mr Quilty said after the forum, held at the Albury Entertainment Centre.

“It’s just a terrible mess: they built the plan on the wrong science. They stuffed it up.

“They tried to deliver all this water to South Australia when it’s not supposed to go there and as long as that’s in place – and politically it’s hard to change – this plan is going to be a disaster. It’s bad in good years and in drought years it’s awful.”

Mr Quilty said that while much focus has been on the lack of water in Victoria and NSW, he pointed out the other damaging results of the flawed plan.

“There are no flows coming in from the northern arm of the Basin, all the water is coming from Victoria to push down to South Australia,” Mr Quilty said.

“They’re destroying the river, ruining the Barmah-Millewa Forest by deliberately flooding it – it’s not supposed to flood every year but they’re doing it annually to force water past the Barmah Choke. It’s a catastrophe.

“The problems are hard, but the solution has to be taking some of the water that’s going to South Australia because they’re getting water they don’t need and they’re pouring it out to sea, and they sail their yachts on freshwater lakes that aren’t supposed to be freshwater.”

Mr Quilty, a former farmer who has been following the problems of the Murray-Darling Basin Plan for several years, believes there is too much resistance among those in a position to do so.

“The solution is that governments have to make changes, but nobody has the political will to do that,” Mr Quilty said.

“The Victorian Government is focused on Melbourne and they don’t really care what is going on in the regions, while NSW is much the same.

“We know there’s corruption involved in various parts of it and I feel like there are people in government connected to the corruption at State and Federal level.

“It could be solved but I don’t have high hopes of it being solved without a Royal Commission.”