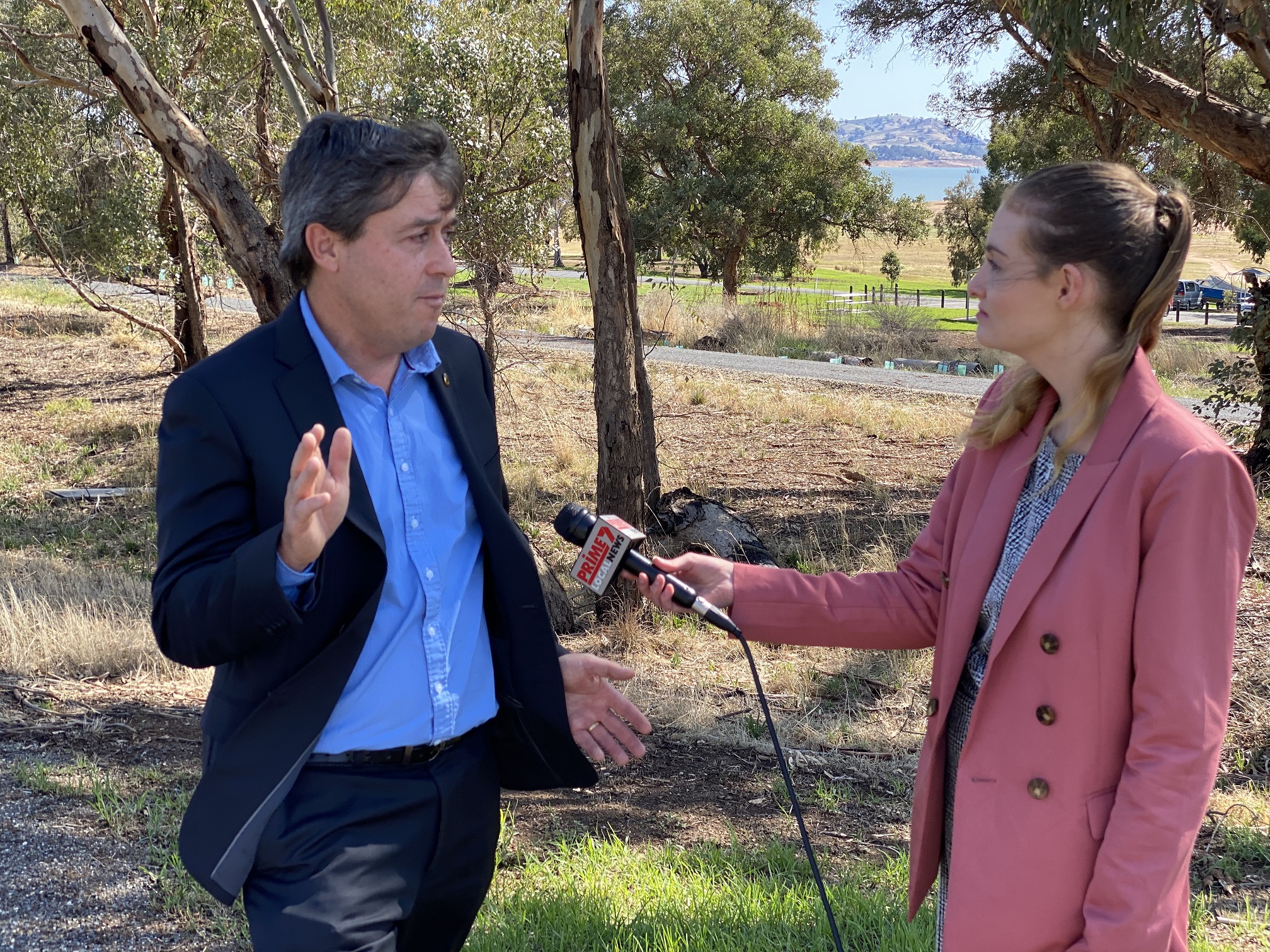 Member for Northern Victoria Tim Quilty explains to Prime TV news reporter Jess Whitty why it is safer to exceed the speed while overtaking on a single-lane highway, such as the Murray Valley Highway.

Tim Quilty, Liberal Democrats Member for Northern Victoria, has proposed a change in the law to make overtaking safer.

Mr Quilty has asked Parliament to consider amending the Road Safety Act to make it legal to exceed the speed limit while overtaking a slower vehicle on a single-lane highway.

“Overtaking a vehicle is something that every driver has had to do, and on a single-lane highway it is far safer to exceed the speed limit than it is to spend an unnecessary amount of time on the wrong side of the road,” Mr Quilty said.

“At the moment we are in a ridiculous situation where the law would prefer me to spend more time on the same side of the road as oncoming traffic rather than go a few kilometres per hour over the speed limit.

“Not only does the law expect me to drive at oncoming traffic for longer than is necessary, it also expects me to focus my attention on the speedometer instead of the traffic situation.

“A responsible driver should be focusing on the road ahead, monitoring the situation and ensuring the safety of all road users around them. Staring at the speedometer will not achieve this.”

Mr Quilty gave an illustration of the amount of time the current law expects a driver with a caravan to spend on the wrong side of the road overtaking a truck.

“If a driver travelling at 100kmh wishes to overtake a truck travelling at 95kmh, keeping a safe 3-second gap before and after the overtake would see the car driver and their family on the wrong side of the road for almost four kilometres, or almost two and a half minutes,” Mr Quilty said.

“This is of course only a very approximate illustration, but it demonstrates the level of risk the law wants drivers to expose themselves and other road users to during an everyday overtake.

“The law wants the driver to overtake at the speed of a brisk walk. This is unacceptable.”

Mr Quilty pointed out that it is not practical or sensible to expect drivers to remain behind slower vehicles for long periods of time.

“If traffic backs up behind a truck because legal overtaking opportunities are not available, there will invariably be somebody stuck behind who is in a hurry and will choose to make a rash overtake on a dangerous section of road,” Mr Quilty said.

“The law should not only protect us and encourage safe driving, it should also recognise that sometimes speed is our friend, and overtaking is best done as quickly as possible.