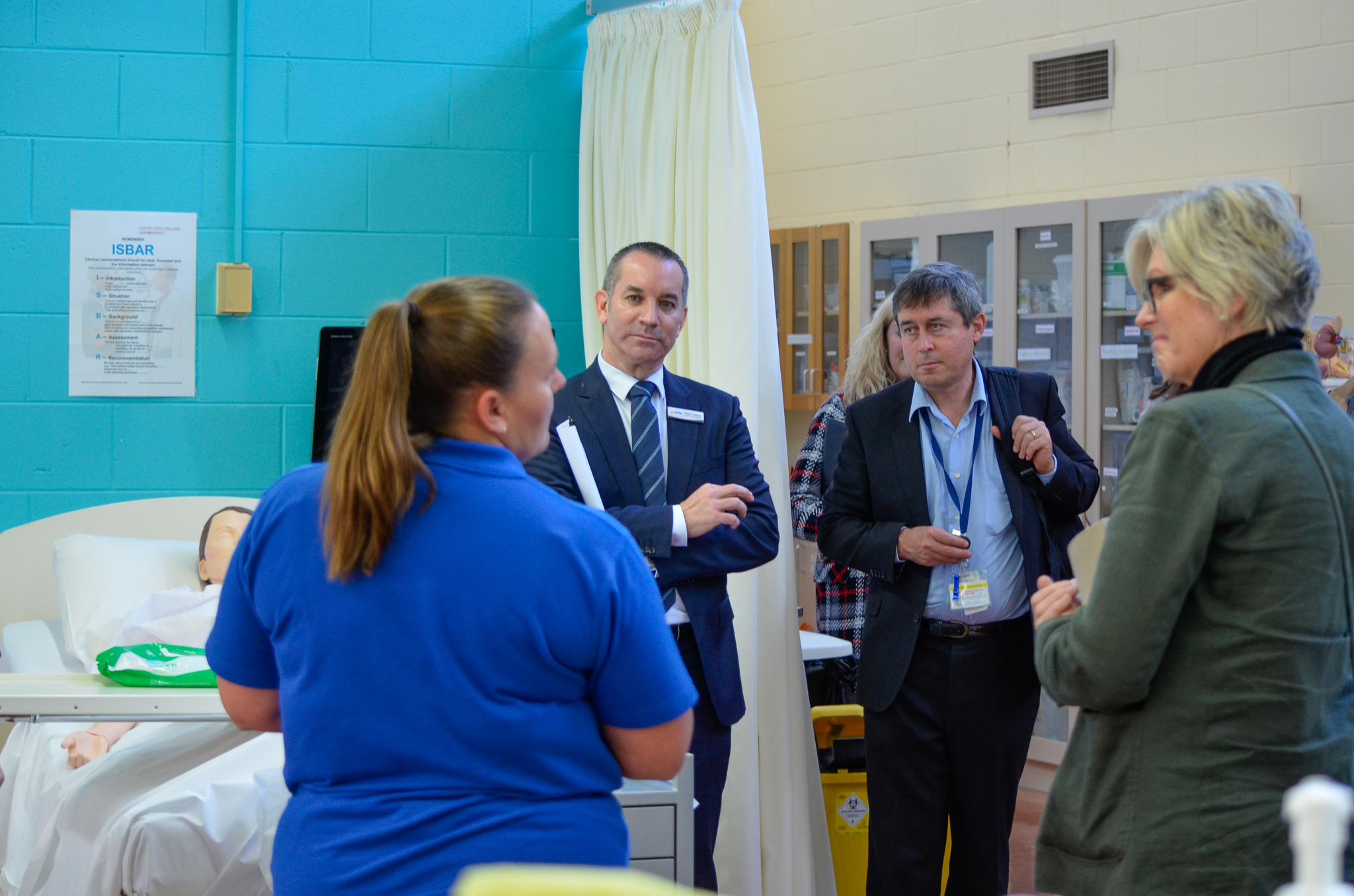 Liberal Democrats Member for Northern Victoria Tim Quilty has seen for himself how a lack of funding is putting the Wangaratta TAFE campus on the back foot.

Mr Quilty took a tour of GOTAFE Wangaratta and saw how the engineering department is forced to make do with outdated machinery.

“Some of the equipment in the engineering workshop is so old that some teachers are giving lessons using the very same equipment that they trained on as students 30 years ago,” Mr Quilty said.

“The industry would expect newly qualified students to be familiar with the latest tools and techniques - Wangaratta’s engineering students are instantly at a disadvantage when they enter the workplace and have to compete against candidates who have learned on newer systems.

“GOTAFE is being let down by the Victorian Government, and so is Wangaratta – I would not be at all surprised to see a similar workshop in Melbourne bristling with 21st-century tech.

“This is the same story yet again, a Government which is focused on Melbourne and is happy to let students in Wangaratta learn on equipment which is three decades old.”

“I saw equipment which had clearly seen better days in training rooms bearing no resemblance to a modern medical facility,” Mr Quilty said.

“That said, they might match the conditions and equipment in some of our smaller regional hospitals, which the Government also forgot to fund.”

“I congratulate GOTAFE Shepparton for the $11 million commitment to redevelop their Archer Street campus, but otherwise there is very little to see,” Mr Quilty said.

“GOTAFE Wangaratta has a selection of very worthy, shovel-ready projects, none of which got any funding.

“Digging through the Budget papers, despite the Government’s attempts to bury the details, it is pretty clear that Northern Victoria is not getting back its share of tax paid. The Government has too many projects to spend on in Melbourne to worry about funding the regions.”

Mr Quilty said he could particularly see the value in the Education First Youth Foyer scheme.

“Here we have a $12 million project to provide housing for 40 students aged from 16 to 24 who are experiencing homelessness or who are at risk of homelessness,” Mr Quilty said.

“Giving young people who are experiencing disadvantage an opportunity to learn new skills will help to break a cycle of homelessness and unemployment.

“This project is ready to go, it has massive social and economic potential, and yet it was overlooked in the Budget.

“Funding educational institutions like GOTAFE Wangaratta is essential if we want to build a future for regional Victoria.”