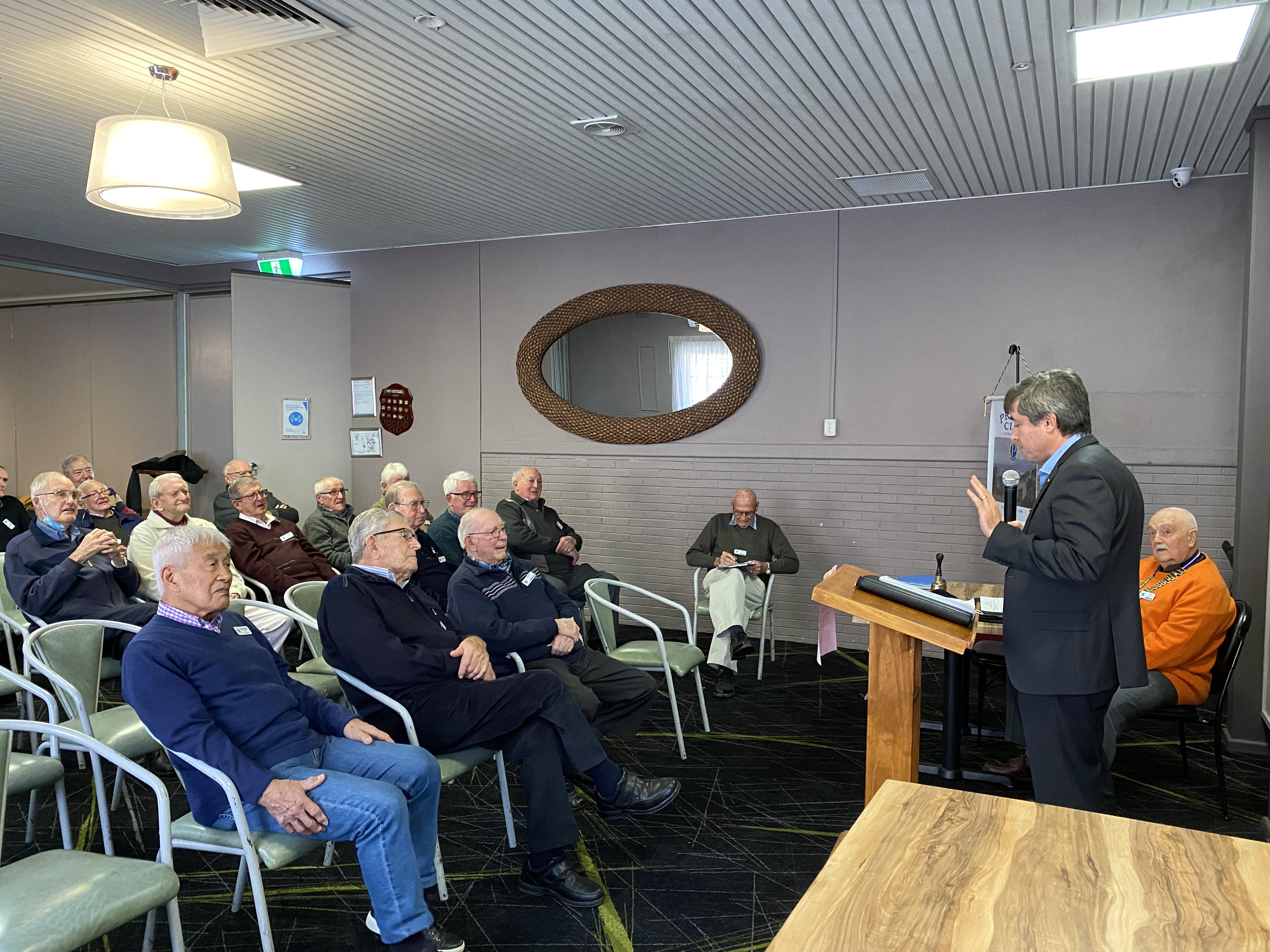 Liberal Democrats Member for Northern Victoria Tim Quilty describes his vision of a new state to members of Probus Club of Wangaratta.

Liberal Democrats Member for Northern Victoria Tim Quilty faced a barrage of questions from the Men’s Probus Club of Wangaratta about his plan to form a new state.

Invited as a guest speaker, Mr Quilty gave an address on Tuesday discussing his time in Parliament and setting his proposal to redraw the map of Australia.

The members of Probus, a club whose name is a joining of the words ‘professional’ and ‘business’, were quick to put the Wodonga MP on the spot.

“The questions I fielded showed how a room full of retired businessmen can still offer incisive points of view,” Mr Quilty said.

“Many of the queries demonstrated proficiency in creative thinking and hard-won experience, and I am giving serious thought to recruiting the Probus members as volunteers in my Rexit campaign.

“Wangaratta is a fortunate city with this group of voices – alternative points of view will always take an idea and reshape it into something much more robust.”

One member suggested Mr Quilty create a ‘virtual new state with a virtual Parliament’ and use it to tackle existing problems in regional Victoria, throwing out solutions which would help sell the idea of a new state.

“This was an idea which really appealed to me: addressing real-world problems using solutions which only a new state could offer does create a unique selling point,” Mr Quilty said.

“The questioner said we could engage university and school students to explore these real-world problems in a really creative way.

“Another fascinating question was whether we had learned from the mistakes of past attempts at setting up a new state.

“I quoted the example of the New England referendum of 1967, where northern NSW wanted to separate and had popular support, but due to the way the referendum was set up the idea was sabotaged.”

Mr Quilty said he was encouraged by the testing nature of the questions.

“These weren’t cynics trying to shoot me down, these were interested people who wanted to know more about the idea of the new state and what the roadblocks would be to setting one up,” Mr Quilty said.

“Given the ongoing mess which the Victorian Government is making during the COVID crisis, I am determined to keep pushing Rexit and setting regional Victorians free to govern themselves.”