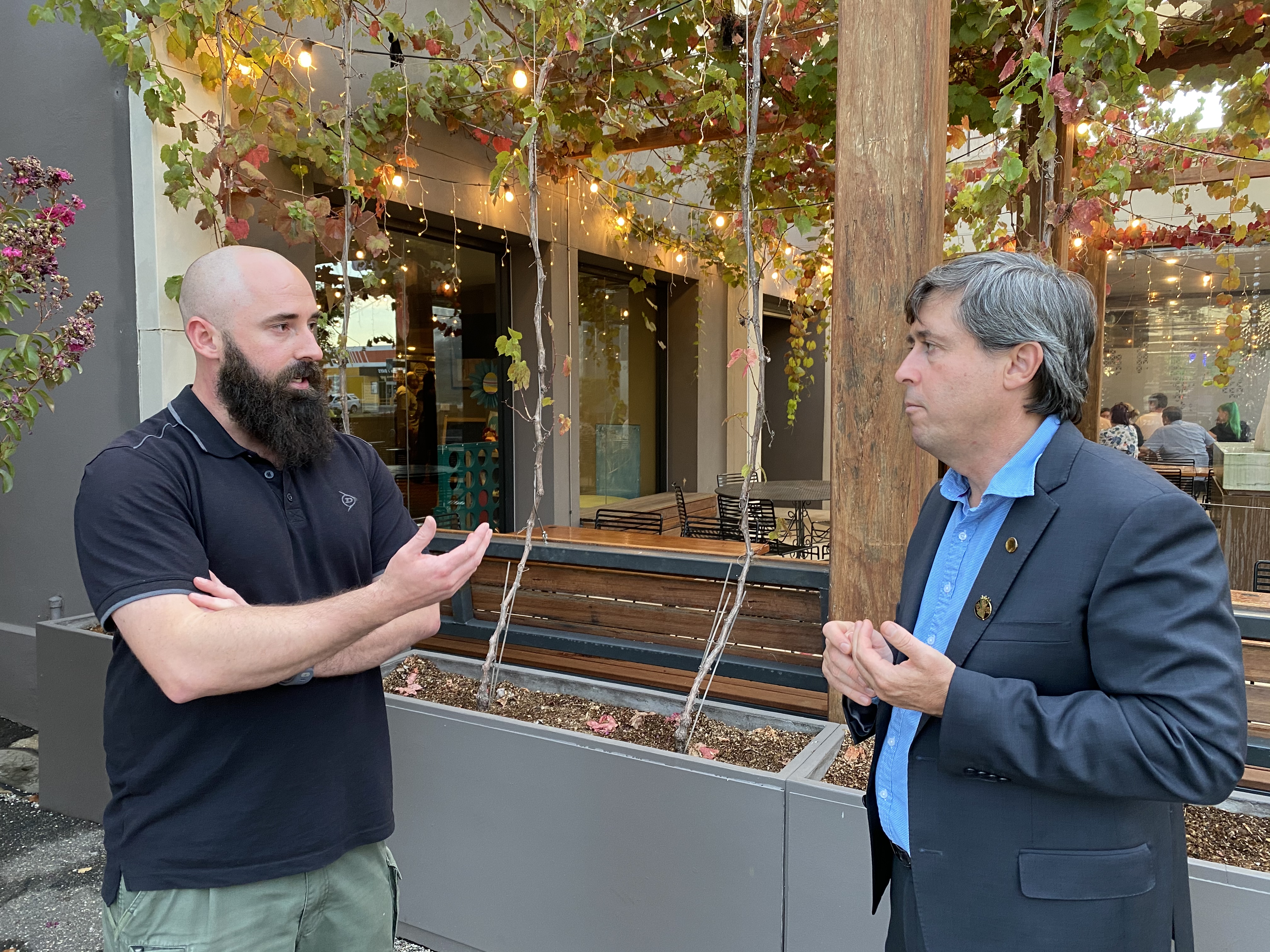 Liberal Democrats Member for Northern Victoria Tim Quilty’s vision for the breakaway state of Murray was so important that it prompted one audience member to travel from Canberra to hear it.

Matt Tully had travelled the 3.5 hours from his ACT home to hear Mr Quilty describe how northern Victoria and southern NSW would unite to form a new state tentatively named Murray.

Mr Quilty said he was surprised but pleased that somebody had travelled so far to hear him.

“My plan to unite regional Victoria and NSW does not include the ACT, it actually excludes the territory and I suspect there would be a halo of NSW around Canberra which would prefer to be linked to the national capital,” Mr Quilty said.

“So when I found out Mr Tully had come all this way, and had booked local accommodation, I was a bit surprised but very glad he had made the effort.

“It was interesting to hear his perspectives on Rexit and how Canberrans would respond.”

Mr Tully has long believed the time has come for changes to be made to state borders, and he was keen to hear Mr Quilty’s ideas.

“I think the majority of the people in the ACT would be indifferent, but I think there’s a large diaspora of people from northern Victoria and southern NSW who live in Canberra who would be all for it.

“I would certainly be tempted to move to the new state of Murray, depending on employment, as I love the lifestyle in the regions.

“I believe in this movement.”

Mr Quilty will be holding his next Rexit meeting on Wednesday, March 24 in Rutherglen, starting at 6pm at Caffeine n Machine, 62-64 Main Street, Rutherglen.