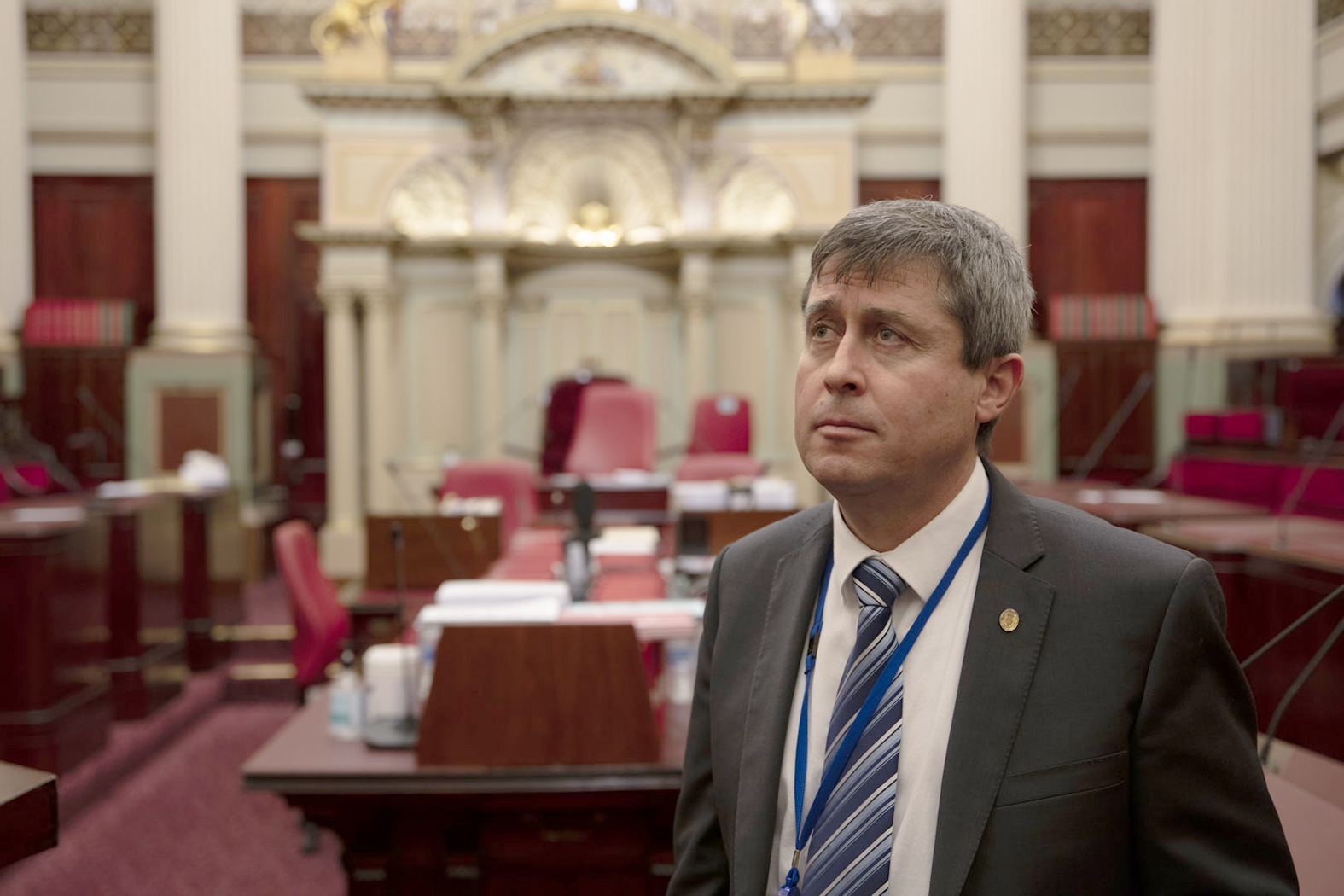 Member for Northern Victoria Tim Quilty faces suspension from Parliament due to his stance on vaccination.

Andrews Government to kick Tim Quilty out of Parliament

The Victorian Government will next week try to kick Member for Northern Victoria Tim Quilty out of Parliament.

A notice of motion was distributed saying any Member who refuses to show proof of vaccination will be banned from the Parliamentary precinct and have their security access pass revoked.

They will be suspended until the second sitting day of the 2022 Parliamentary year.

“If anybody needed proof that the Andrews Government is operating on a different planet to the rest of us, then here it is: the Government wants to eliminate any elected Member of Parliament who refuses to do as they are told,” Mr Quilty said.

“I will not play their game and I stand by what I said publicly yesterday: I will not provide any proof of vaccination.

“I am not an anti-vaxer. I got my vaccine as soon as I was eligible. I encourage everyone to get vaccinated. I think the virus is more dangerous than the vaccine for most people. But I refuse to participate in the immoral coercion of mandated vaccines. I will not comply.”

“Forced medical procedures are a clear breach of the Victorian Charter of Human Rights. Dan Andrews increasingly comes across as being detached from reality and trying to inflict his will on ordinary Victorians,” Mr Quilty said.

“We’ve got a leader who will not back down, who will do whatever he feels is necessary cover up his mistakes in the pandemic handling, and who shows a callous disregard for the people he was elected to look after.

“This is not about me. We are standing with all Victorians who do not wish to be forced into vaccination. It should be a choice, it should be something people freely decide to do. It should not be done using threats.”

Mr Quilty said this is the latest example of Premier Daniel Andrews’ contempt for democracy.

“Yet again, at the whim of the Andrews Government, democracy in Victoria is strangled,” Mr Quilty said.

“The Premier has shown he is happy to use VicPol to physically harm Victorians, and now we see he is very comfortable with killing democracy just to get his way.

“Bullies must be stood up to, and I will do just that – David (Limbrick) and I are not going to go down on our knees to the Premier.”

Mr Quilty believes the motion is timed to enable the Government to pass legislation which will allow them to continue locking Victoria down.

“The current State of Emergency expires in December and cannot be extended any more, so the Government is introducing new secret legislation to give them extraordinary permanent pandemic powers,” Mr Quilty said.

“This legislation will have to come through Parliament in the next few week. By removing the Liberal Democrats, the only effective opposition to the Government in the Victorian Parliament, they are ensuring they will have the numbers to push through their new power grab.

“It’s not a coincidence that three crossbenchers who will fight any new draconian legislation will be kicked out of Parliament during this crucial period.”